Nicki Minaj recently dumped her new boo Meek Mill and now she is also considering cutting him from her PinkPrint Tour this summer.

The “Only” rapper and the Maybach Music Group emcee have been the hottest new couple in hip-hop since the start of the year. They have almost been inseparable since going public with their relationship in January.

Nicki Minaj also added Meek Mill to the North American leg of her hugely successful PinkPrint tour. But now that they have split, sources told us that she is toying with the idea of dropping him.

“It is something that she is strongly considering because Nicki don’t want no drama on her tour, she just want to focus on doing this for her loyal fans,” sources told Urban Islandz. 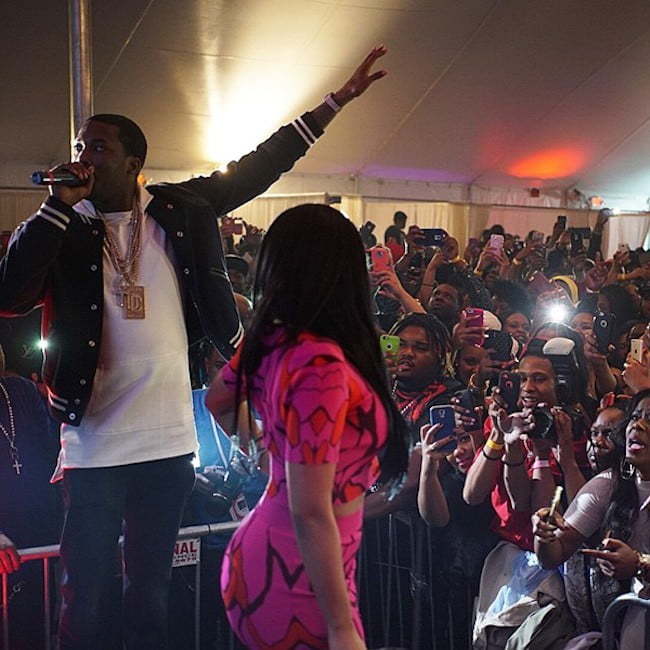 Our sources, who is close to the Trinidadian rapper, declined to shed some light on their breakup but told us that it is very real.

“Thank God ya blew it!!! Thank God I dodged the bullet!” Nicki Minaj wrote in one Instagram caption.

Rae Sremmurd, Dej Loaf, and Tinashe are also on the roster for the North American Leg of Nicki Minaj PinkPrint tour. The tour kicks off June.

Nicki Minaj has also been busy shooting her scenes in Barbershop 3. She plays a saucy new hairdresser in the most popular barbershop in town.