50 Cent is being accused of letting his goons pistol whipping a jeweler who wanted to sell him some very expensive jewelry.

TMZ is reporting that Robert Marin, who owns LAX Jewelry Co., was in Las Vegas on Floyd Mayweather fight weekend to sell 50 Cent a watch and a chain worth $250,000.

Martin said 50 Cent crew invited him to meet up at Mayweather’s gym in Vegas and offer he did not refused. The jeweler claimed that two men linked to the rapper attacked him and fled with his jewelry.

50 Cent lawyer, Scott Leemon, has since issued a statement denying the allegations. 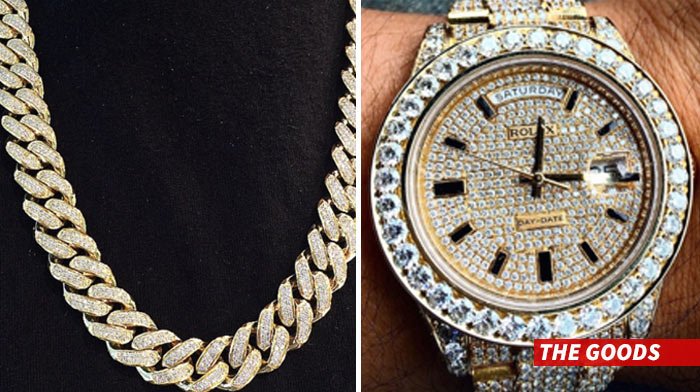 “On behalf of 50, I can adamantly deny that he or his security had anything to do with these baseless and false allegations,” Leemon said.

50 Cent was vacationing in Jamaica last month while scouting out some business ventures and a movie locations.