Karrueche Tran is still angry over Chris Brown having a baby and breaking her heart, but who wouldn’t be.

Tran sat down with Iyanla Vanzant for an exclusive interview for the Oprah Winfrey Network OWN earlier this week and seeing the clip you can’t help but feel sorry for the aspiring model.

During the interview Karrueche Tran broke down in tears while speaking about the moment she found out about Chris Brown having a 9-month-old baby name Royalty with video model Nia Guzman.

The on-again off-again couple were reportedly in the off part of their rocky relationship when Tran found out about Brown’s baby. The sad part is that she found out the same way the rest of the world did.

The interview was anything but easy for Karrueche Tran. Sources told TMZ that she and her manager had kicked Iyanla Vanzant and the rest of the OWN crew out her house after some questions were too judgmental on her part. 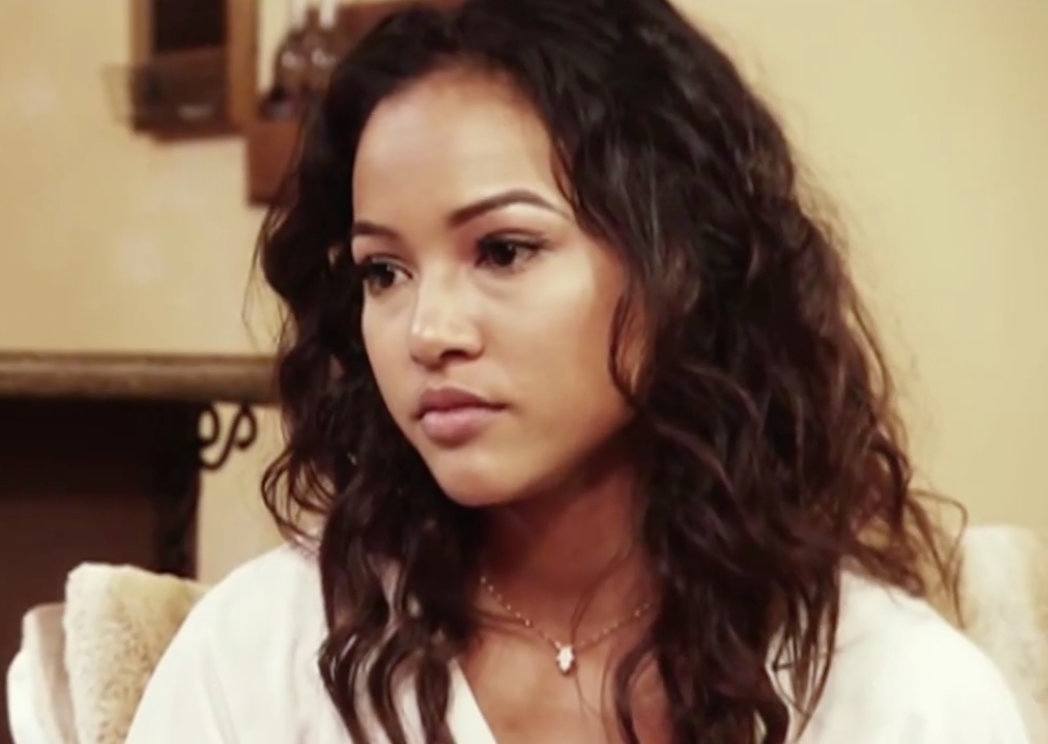 Vanzant reportedly grilled her about the reasons why she slept with Chris Brown and why she stayed with him even though he cheated on her multiple times.

Vanzant was able to finish the interview after patching things up with Karrueche.

The interview will be aired on OWN last this month.