She acted as the host the performer and the announcer, so you know there were a lot of outfit changes going on.

Perhaps the most talked about outfit is her 10 foot long green skirt with glittering bra completed with gloves. 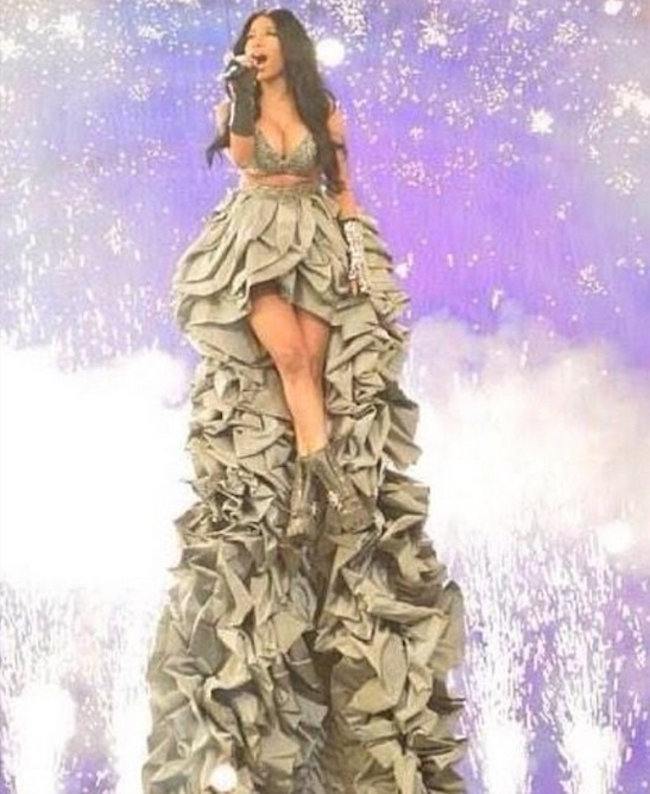 In all we counted approximately 10 wardrobe changes for Nicki Minaj at the EMAs. 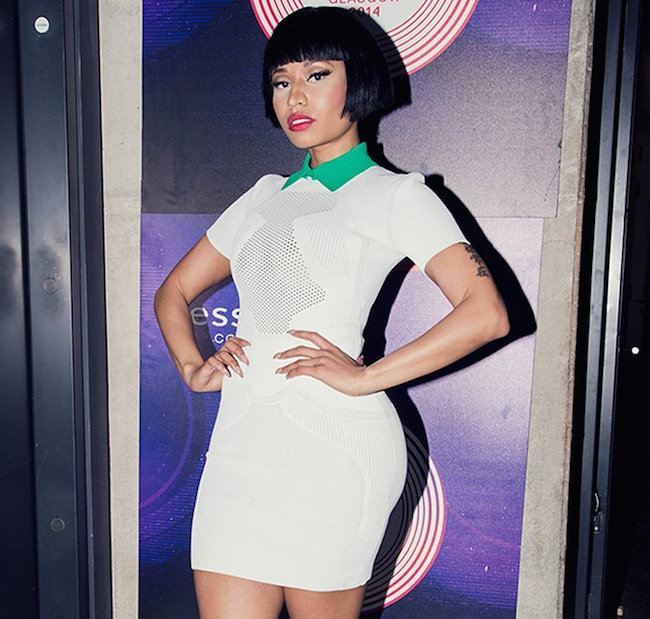 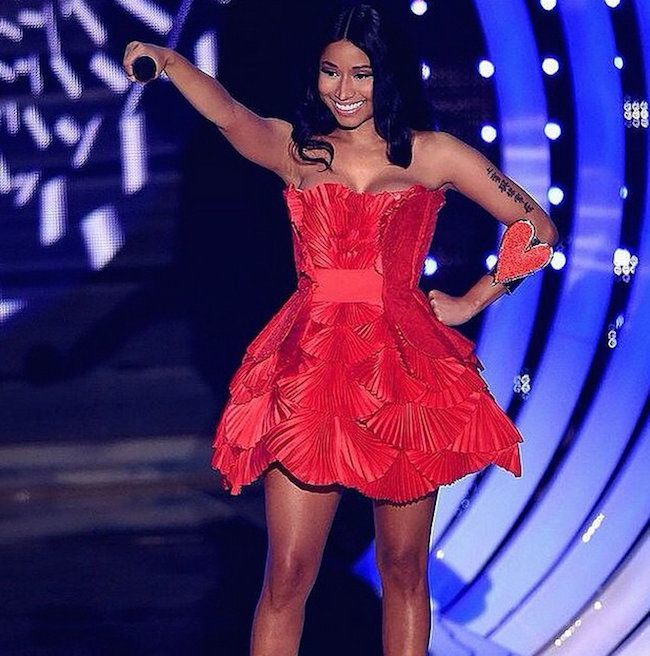 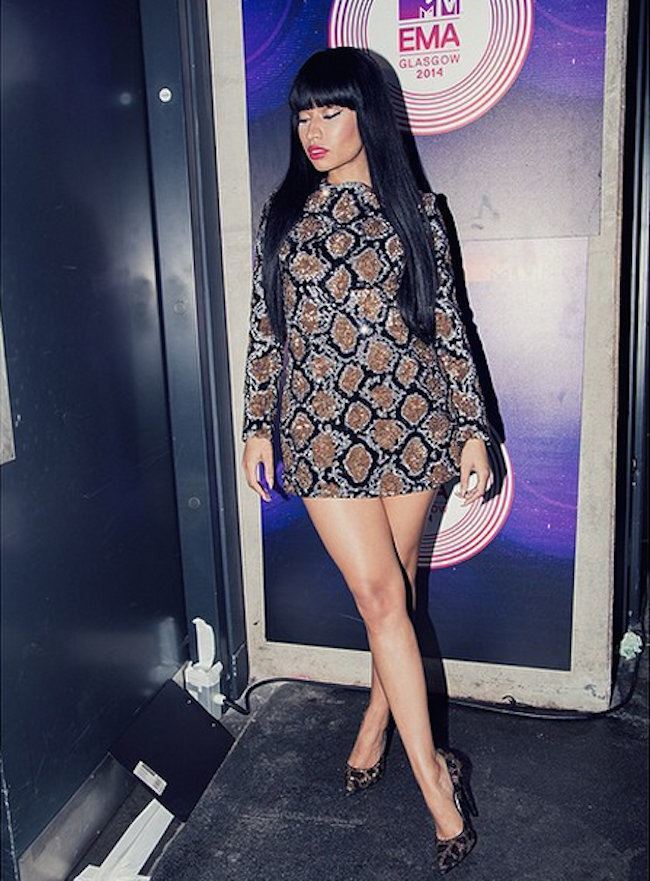 Check out some more photos below.