Nicki Minaj is back in the pages of V Magazine in all her gorgeous glory.

Last month the Trinidadian rapper teased her fans on Instagram with a few photos from the shoot and now her Barbz are getting more details about her interview.

One of the topics Nicki Minaj touched on is what she called a double standard in hip hop where male gets to do what they pleased but females are ridiculed.

“If a man did the same video with sexy women in it, no one would care,” the “Anaconda” rapper told V Magazine. 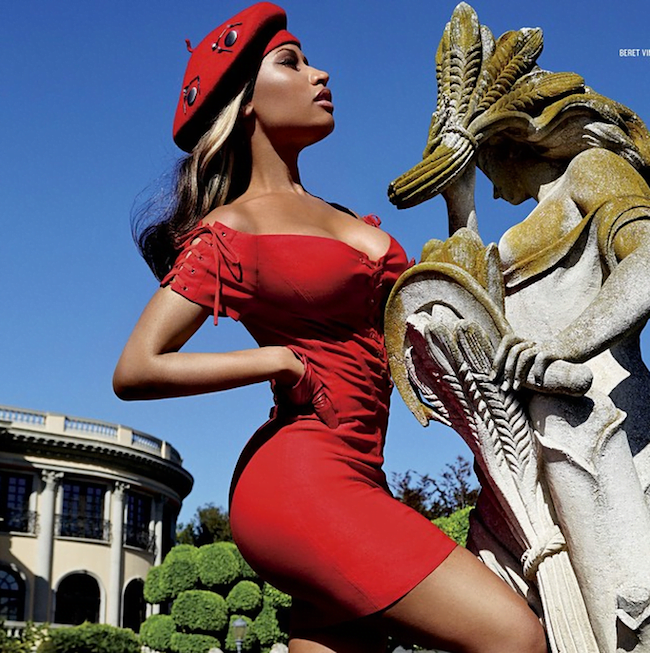 “You’re talking about newspeople who don’t even know anything about hip-hop culture,” Nicki added. “It’s so disrespectful for them to even comment on something they have no idea about. They don’t say anything when they’re watching the Victoria’s Secret show and seeing boobs and thongs all day.”

Nicki Minaj received a lot of criticism when she released her raunchy music video for her single “Anaconda.”

That track will be featured on her upcoming album The PinkPrint, release date set for December 15.

The Young Money rapper will also be hosting the MTV EMAs on November 9 in Glasgow, UK.