Lil Kim is currently promoting her new mixtape Hard Core 2K14 and stopped by BET 106 & Park on Wednesday dressed in all black everything.

The rap diva received a heartfelt welcome to the show by co-hosts Ray J and Erica Mena. While on the show Kimmy Blanco discussed motherhood, Remy Ma and her long standing feud with Nicki Minaj. 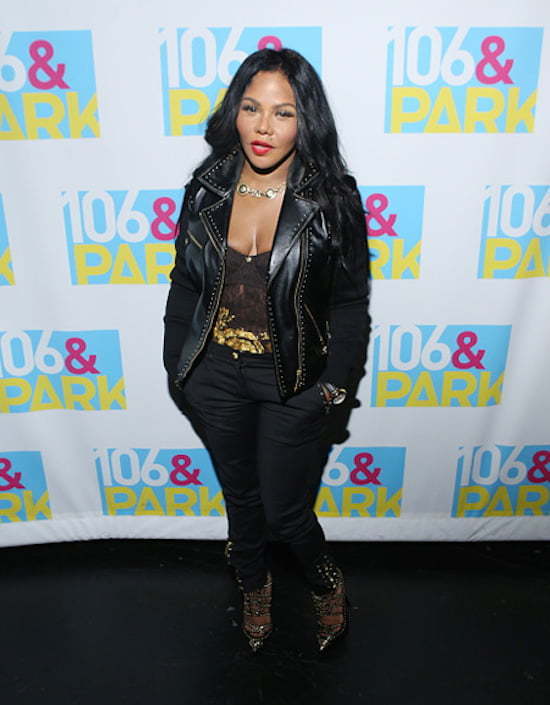 Lil Kim says there will be no collaboration between herself and Nicki Minaj if money is not involved but says a collaboration with Remy Ma is possible.

Lil Kim also says Nicki Minaj label YMCMB stole everything from her including her producer.