Chris Brown is in a lot of legal trouble and it’s nowhere near over.

A judge just approve the release of the photos from the singer’s Washington D.C. assault case and they look pretty bad.

In one photo you can see the victim Parker Adams with a bleeding nose and blood on his shirt. Adams nose was broken in the alleged incident that took place in October last year outside Chris Brown’s tour bus.

A photo of Breezy’s bodyguard Christopher Hollosy was also released, as well as, a photo of Chris Brown and two female fans just moments before the fight. 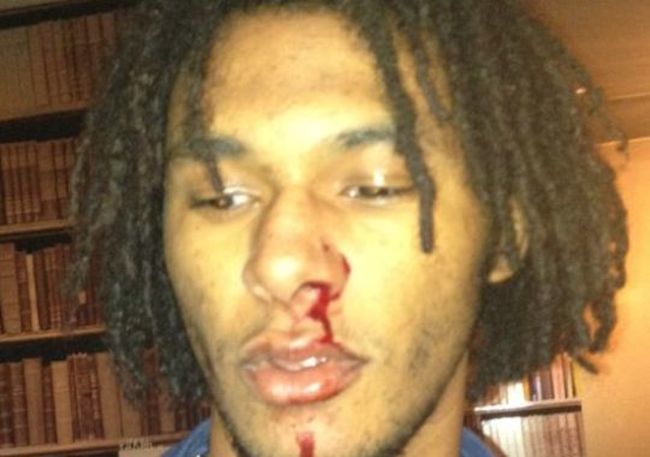 Chris Brown is currently being held without bond in a Los Angeles jail awaiting trial for the assault case in D.C.

Chris Brown bodyguard has already been found guilty in the case.

If found guilty the R&B singer could spend years in prison for violating his probation in his Rihanna beating case.