Jhene Aiko insist that she is a single woman despite rumors that she is pregnant for Drake and dating her collaborator Childish Gambino.

Aiko covered Complex magazine April/May issue. In her spread she opened up about her relationship with Drake and Gambino.

This is what she said about Drake:

“I look up to Drake. Everything in his whole career is commendable. He can act, he can rap, he can sing. I can relate to him…Everything he does, I take note because I feel like he’s doing a really good job of being, like, well-rounded. And not only that, he’s really talented. I’m always asking him for advice with stuff and trying to figure out how he deals with being such a celebrity.” 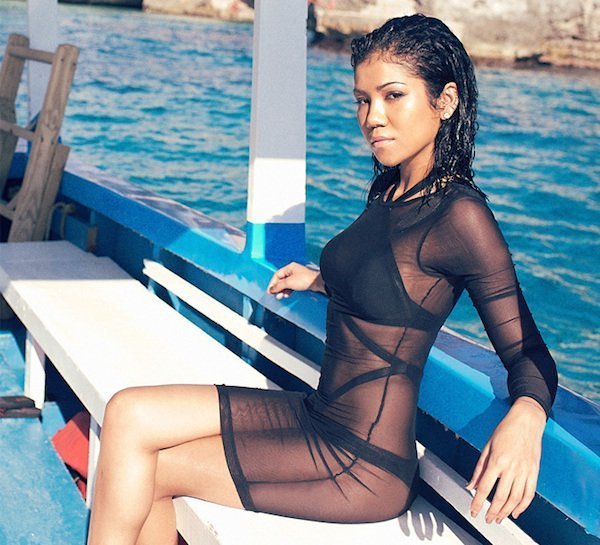 She also said this about Childish Gambino:

“We’re both creative people. We are friends and we hang out. We’re just friends but I’m also single, so you never know what friendships can develop into. We like each other as people, so you know, who knows?”