Iggy Azalea and her NBA boyfriend gets hot and heavy in the upcoming issue of GQ magazine.

The Hustle Gang blonde bombshell and the Los Angeles Lakers star show some affection in an entire spread in the magazine due out for March.

The couple hook up last year after Nick tweeted about Iggy Azalea as his #WomanCrushWednesday.

They have been inseparable ever since. 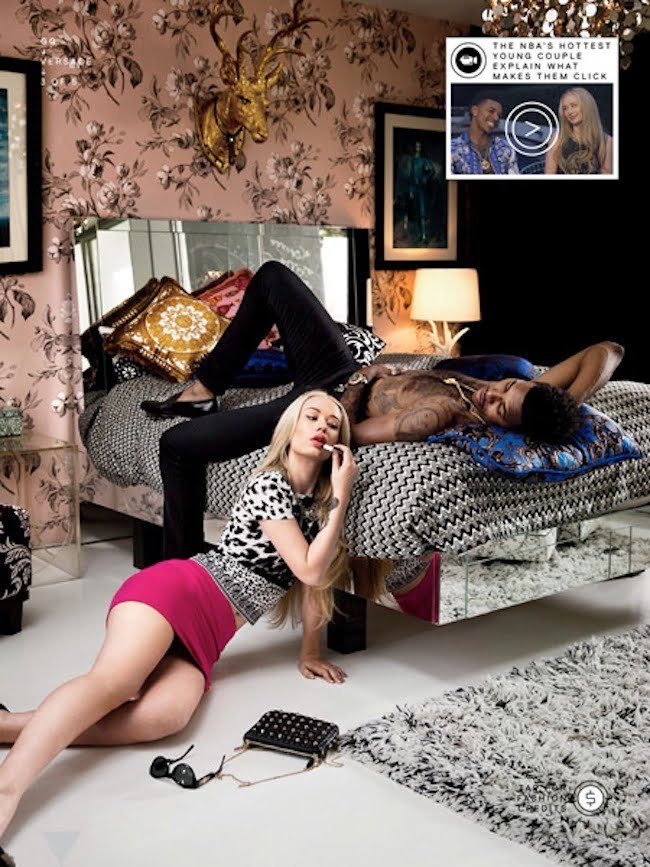