Spice is one furious dancehall diva right now and her former fiance is to be blamed.

The “Romping Shop” deejay ended her relationship with her baby father Nicholas Lall on social media this week.

“Since as the pics bun you so much that you decide to post on your IG and FB pages, let me help you. @NicholasLall, how dare you take pics from my phone and post them up knowing they’re pics from my So Mi LikeIt video? Like, seriously, then you say you are a man? What’s in these pics to be so mad about? The worst thing about it is that we live together, so if you don’t like sumting you talk to me and don’t broadcast mi … business. Hope you know now that #ITSOVER”

These are the steamy photos at the center of the drama. 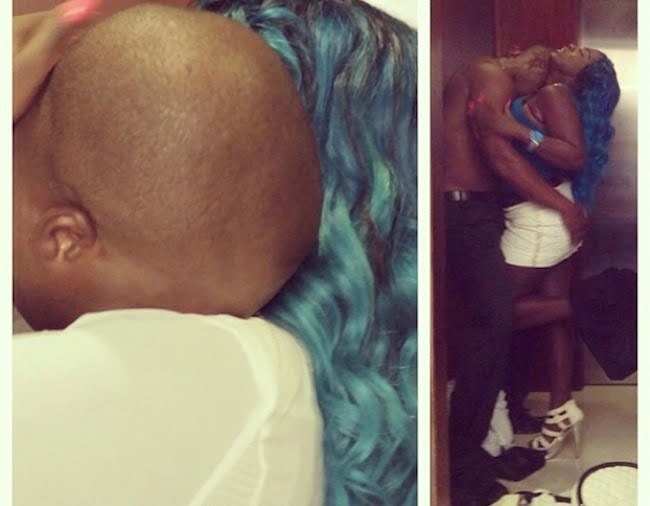 Sources close to Spice told Urban Islandz that Lall, who is the father of Spice two kids, searched her phone and discovered some raunchy pics.

“Him a one a dem idiot man that love search woman phone,” the source said. “Him find the pictures and instead a ask her about it him post them on Instagram. But the pics are from a video shoot.”

The source also told us that Spice has never cheated on Lall and he knows that certain things comes with territory of her music.

“Him know say when she done work she come home to him as Grace Hamilton and not Spice, so the jealousy caught everyone off guard,” the source added.

Spice sat down for an interview with Winford Williams of OnStage this week which will be aired on CVM TV tomorrow night.

The dancehall diva will also premiered the video at the center of the drama “So Mi Like It.”