Already the track is stirring up a lot of talks in dancehall circles that it’s a Bounty Killer diss.

Urban Islandz reached out to sources close to the Gully Gad who told us that they don’t know of any beef between Mavado and Bounty Killer.

“If there is any feud I don’t know about it and I can’t say if this track is dissing Bounty,” the source said.

Here are some of the lyrics:

Bounty Killer has already heard the track and has remained silent but has been busy retweeting tweets from his fans. 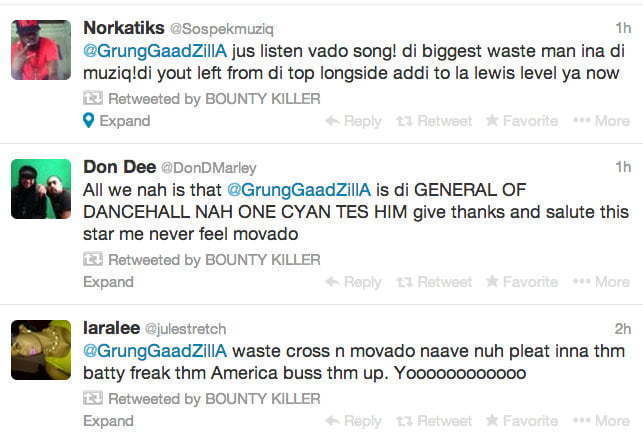 Listen to the track below and be the judge.