Will Rihanna be on Chris Brown new album X, due later this month.

The question is still unanswered despite Chris Brown’s attempt to assure fans that Rihanna is among the features on his album.

That tweet did not go down well with Rihanna who later that day posted a angry message on Twitter with a link to an even angrier message on Instagram. 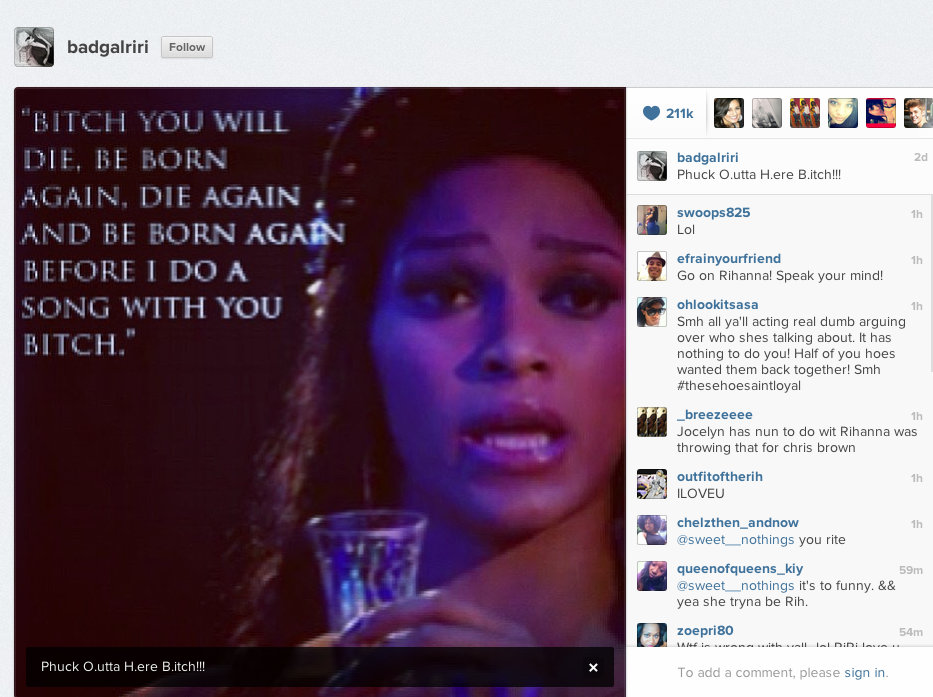 “Phuck O.utta H.ere B.i–h!!!” Rihanna wrote on Twitter with a link to a photo message that reads, “Bi–h you will die, be born again, die again and be born again before I do a song with you bi–h.”

Sources close to Rihanna have been dishing to tabloids that teh pop diva has been trying hard to avoid Chris brown and does not want to know about anything he is doing.

Perhaps Chris Brown stirred up too many emotions for Rihanna and she is trying to get over him.