Before the race the sprint legend made a grand entrance when he drove around the track in a Formula 1 car.

And no it was not the super fast F1 cars you see at Nascar. The car bolt was driving is reportedly an electric motor powered version with a top speed of 62 mph.

It was fun to see Bolt waving to the crowd while trying to keep the car on the track. 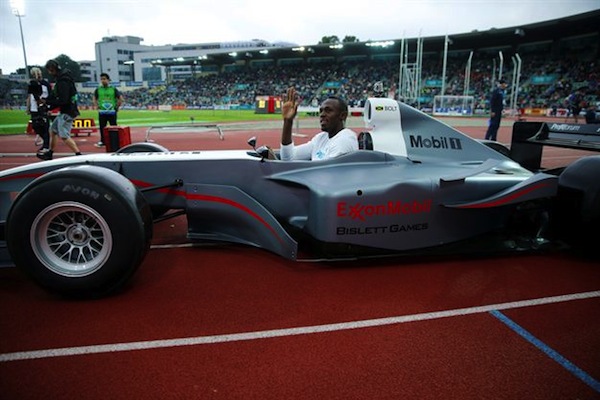 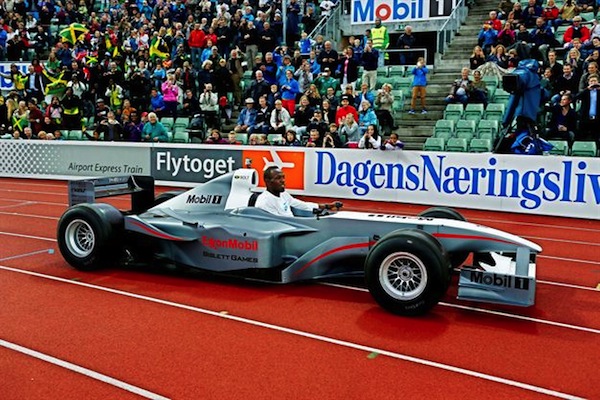 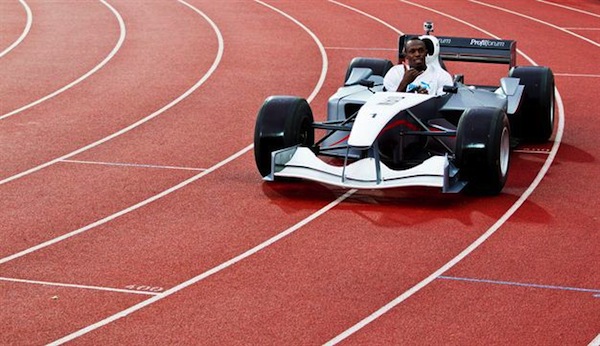 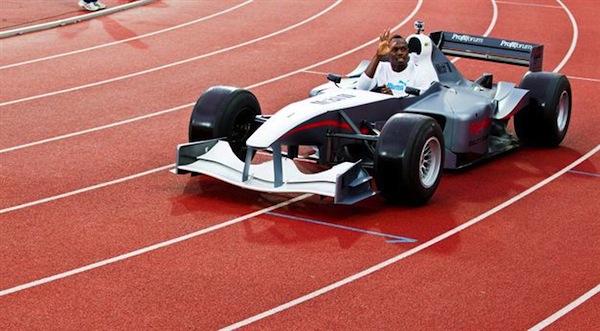