Keep Flippa Mafia in your prayers.

The dancehall star, who now calls himself Flippa Moggela, was involved in a deadly car crash this morning along the Spur Tree Main Road in Manchester.

Flippa Mafia Says “I Have Hottest Cars In Jamaica”, I Am A Deejay Before Bounty Killer [VIDEO]

Sources close to the “Flossing King” deejay told Urban Islandz that the accident occured earlier this morning while Flippa was coming from a party.

“I want to let the fans know that Flippa is doing okay, his condition is now stable,” the source said.

“Couple of us were coming from a dance when he lost control of his car and hit a pole on the side of the main road,” the source told us. 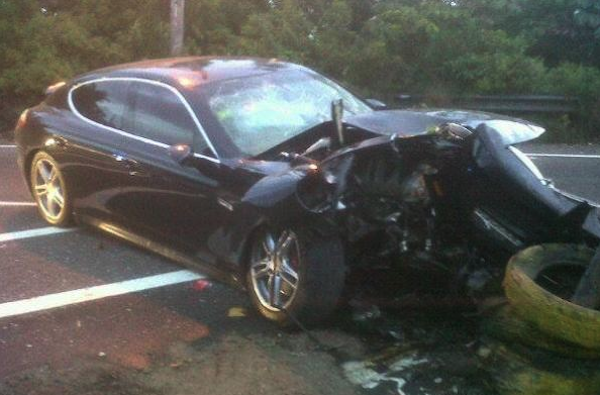 Flippa was rushed to a local hospital where he received treatment. The source told us preparations are being made to transfer him to a medical facility in Kingston.

The car, a Porsche Panamera S, was totalled.

Get well soon Flippa Moggela and get a designated driver.