The incomplete tracklisting shows 9 tracks that Kanye previewed at a listening session in New York earlier this week. 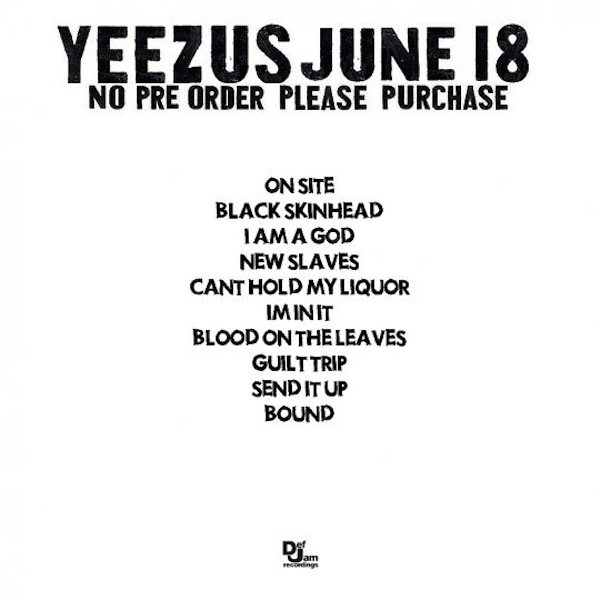 There is also a few other tracks Kanye West says he is saving for the final release of the album on June 18.

Yeezy also released a video showing him in the studio recording “I Am A God” with producer Rick Rubin.