Jay-Z, Rick Ross and Timbaland in the same studio can only mean one thing, epic.

While Beyonce is busy rehearsing for her upcoming tour and taking photos for magazines, her husband Jay-Z is in the studio with the Bawse and power producer Timbaland.

Jay-Z is rumored to be working on a new album, however, details of the project is not yet known.

DJ Khaled was also spotted up in the studio. 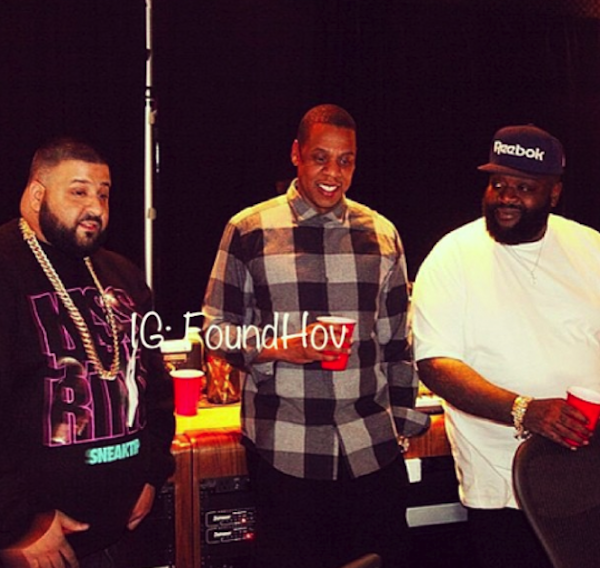 Rick Ross is also working on his forthcoming album.