Rihanna and British model Cara Delevingne have been close friends for two years now, but they are taking their friendship to the next level.

Sources told Grazia that Cara plans on relocating to Los Angeles to pursue a career in music and she will be staying with Rihanna at her newly purchased $8 million mansion.

“She will have her own walk-in wardrobe and RiRi’s said she can stay as long as she wants,” an insider said.

“Even though Rihanna will be busy with her tour, she’s going to introduce Cara to some top industry names, including her boyfriend Chris Brown,” the insider added.

“She’s also going to take her to the studio to lay down some tracks.”

Rihanna is currently busy with the North American leg of her Diamonds World Tour. 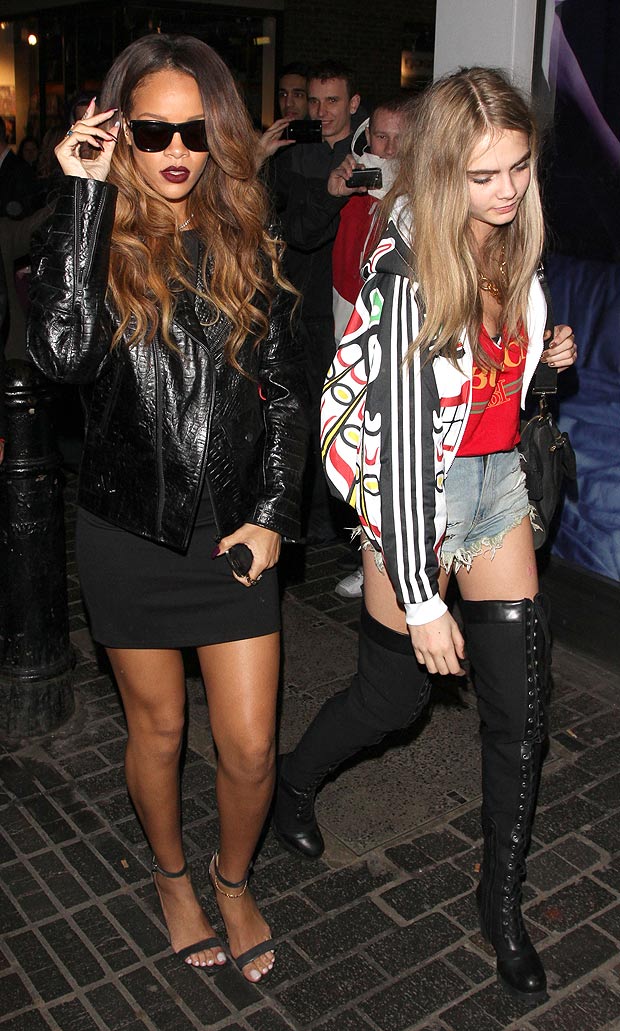