Rihanna light up the stage when she made a grand appearance on last weekend’s German TV shpw “Wetten, dass..?”

At the end of her powerful performance Rihanna received flowers and a standing ovation from the host.

The show also saw performances from Alicia Keys and Pink.

Rihanna scored a record 12 number one single on the Billboard Hot 100 chart with her single “Diamonds.”

She also received her biggest album chart success with her latest LP Unapologetic.

Peep her performance below. 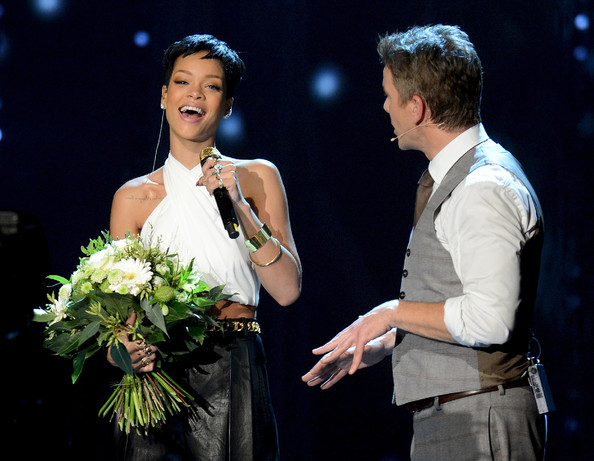