What started out to be a regular day on Twitter for Chris Brown turned into a nasty fight with comedian Jenny Johnson.

Johnson quickly responded to Breezy’s tweet calling him a worthless piece of you know what.

“I know! Being a worthless piece of sh*t can really age a person. RT @chrisbrown:” Jenny Johnson tweeted.

Chris Brown found the tweet very offensive and went on a Twitter rant before deleting his account. Rihanna also weighs in on the fiasco when she posted a screen shot of Jenny’s tweets on her Instagram with the caption “who has time.” She later deleted it.

“take them teeth out when u S–king my d*ck H*E,” Chris Brown reply. 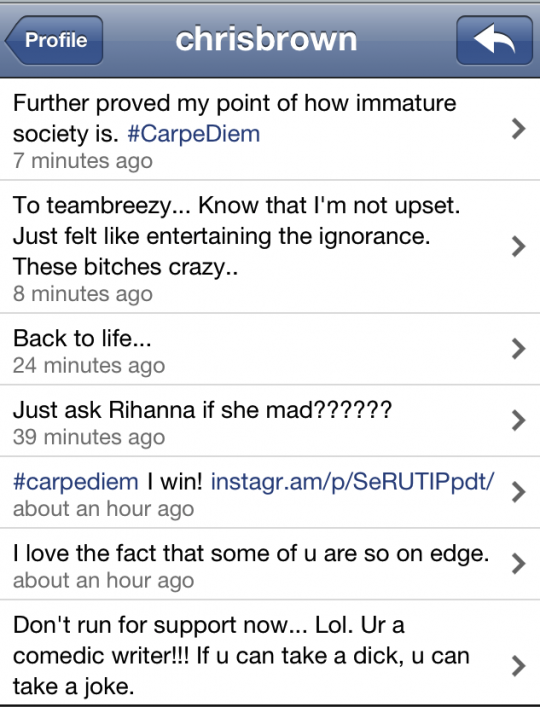 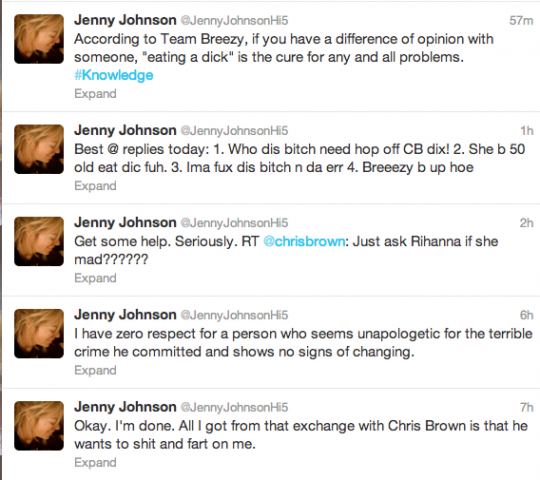