Nissan named Usain Bolt there new Director of Excitement for the brand worldwide.

The Japanese automaker built a special edition Usain Bolt GT-R that they plans to auction on eBay later this month. Proceeds from the auction will go towards the Usain Bolt Foundation.

The world fastest man helped designed the hood of the one-of-a-kind car. The Nissan GT-R is painted in a special gold hue color with sections of the inside covered with real gold.

Nissan, who recently hosted Usain Bolt at there office in Yokohama, also announced that they will be manufacturing a “Usain Bolt Edition.” However, the automaker says they will give more details at a later date.

“Bolt will start work with Nissan product specialists on a limited-edition version that can be ordered in markets where GT-R is available,” Nissan said in a statement. “Details of this project will be announced at a later stage.”

Usain Bolt has also teamed with Nissan to create a series of “What If_” advertisements. 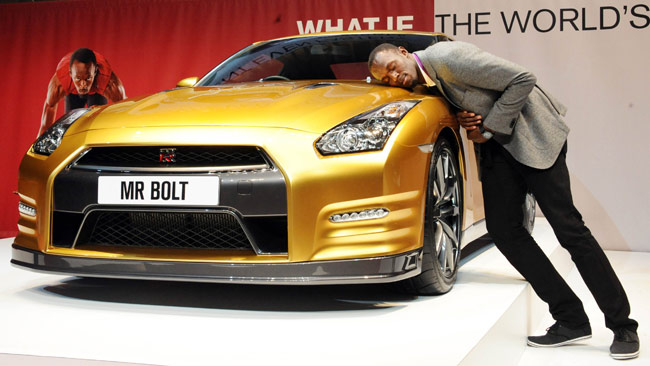