Another big divorce is sending shock waves across Hollywood right now. According to reports, Katie Holmes filed for divorce from Cruise in New York this week.

Tom Cruise released a statement confirming the news: His rep tells us, “Kate has filed for divorce and Tom is deeply saddened and is concentrating on his three children. Please allow them their privacy,” the Mission Impossible actor says in the statement.

Sources told RadarOnline that Katie, 33, has noticed a change in the relationship after getting married in 2006.

“Tom has always made all the decisions in their relationship and called all the shots and initially Katie found it charming — don’t forget, she was pretty young when they met and compared to Tom she was hardly worldly,” the source said.

“Tom hated her being called Katie, and wanted her to insist on being called Kate, which she hated. He vetted all her movie roles, made all the decisions about where and when they would vacation, how Suri would be raised, when she spoke to her parents, where they went for dinner, everything!,” the source added. 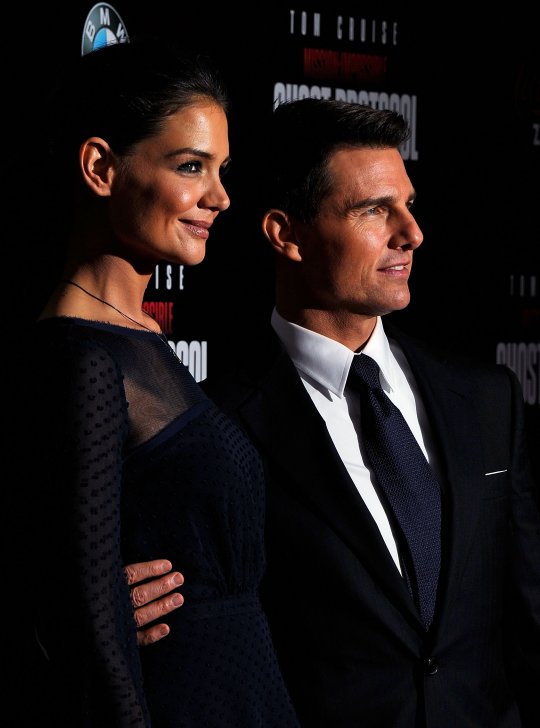