Rihanna has been in the media a lot lately with her ex-boyfriend Chris Brown. The “Where Have You Been” singer was snapped yesterday in London wearing a chain similar to Chris Brown’s.

A source close to Rihanna told Urban Islandz that the bling was given to Rihanna as a gift from Chris Brown.

DETAILS: Rihanna Says Its Not Cool Being A Side Chick

RiRi also posted a photo on her Instagram wearing the Melody Ehsani chain, leaving fans to believe that the two may have rekindled their relationship. She captioned the photo “Where have u been?”

To make it even more puzzling for fans, Chris Brown also liked that photo on Rihanna’s Instagram.

PHOTOS: Rihanna Hit The London Studio In Her Pajamas

Rihanna is currently in London ahead of the launch of her upcoming Reality TV show. She spent the last couple weeks in New York partying with friends and spending time with her sick grandmother. 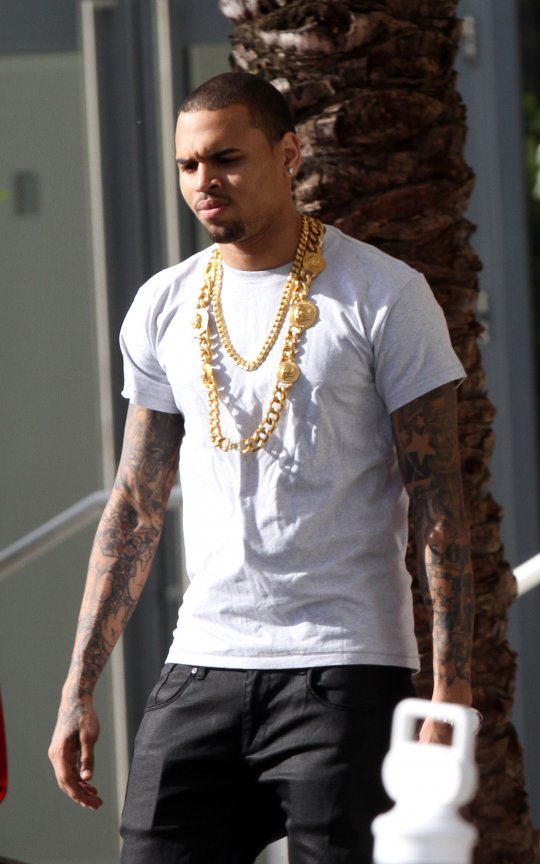