Organizers of the event confirmed with Urban Islandz the the Grammy-winning dancehall star is booked to performed on International night 1. Ranks will share the stage with R&B singer Trey Songz, who will be performing in Jamaica for the first time.

This performance will mark Shabba’s first on the show in almost two decades.

Shabba Ranks rose to international fame in the late 80s to early 90s, with hits such as Trailer Load A Girls, Ting A Ling, Mr. Loverman, Wicked In A Bed, Live Blanket, and Just Reality.

Shabba Ranks, whose real name is Rexton Rawlston Fernando Gordon, became the first reggae artist to take home a Grammy, and is widely credit for pioneering mainstream dancehall music, a reggae-styled rap that emerges in Jamaica and the United States in the late 1980s and 1990s.

In 1991 Ranks secured a record deal with Epic Records and would go on to release five major label albums. He has also recorded huge collaborative hits songs with the likes of Maxi Priest, rap legend KRS-1, Queen Latifa and Cocoa Tea.

MUSIC: Vybz Kartel To Shabba: “Yo No More Than Mi”

Shabba Ranks will be among the individuals honored at this years Sumfest, as the popular reggae show celebrates its 20th anniversary, as well as, Jamaica’s 50th years of independence. The show will take fans through Jamaica’s rich musical history throughout to decades, from the days of ska and rocksteady to modern dancehall.

Reggae Sumfest will take place at the Catherine Hall Entertainment Complex in Montego Bay, Jamaica from July 15 to 21, 2012. 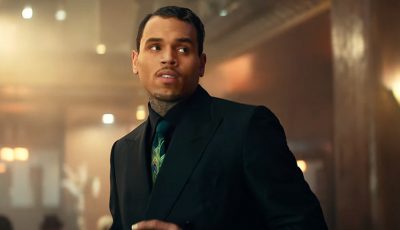