AGSelectPR, Kingston, Thursday, June 7, 2012: After a taste of victory with his first win last week, Ryan Chan of Trinidad has won yet another challenge on Caribbean fashion reality series Mission Catwalk; a win which qualifies him for some enviable prizes including the chance to show at London Fashion week. His scores also put him in the top three ranking which means he will be showing at Caribbean Fashion Week this Friday!

The task for the series’ final challenge was to create a mini collection for SOHO boutique dubbed “London 2012” for a fashionista travelling to London for the Olympics.

“I first thought about who I would design for; and who better than an athlete’s wife/girlfriend? I created three looks with three events in mind: grand opening-something elegant, day look- she has to go shopping, and of course something she would wear at the Olympic game -an edgy, patriotic and fun outfit. I tried to keep the collection fresh and sophisticated to appeal to the SOHO customer since the winning designs would be reproduced for that boutique.”

Being a patriotic Trinbagonian Ryan stuck to a red, white and black colour palette representative of the colours of the national flag.

He was complemented on his draping skills by episode 11 special guest Kay Davitian- a former head designer at Jones New York and Ralph Lauren who also gave one-on-one advice to the other four designers.

Ryan’s winning pieces will be reproduced and available at SOHO Boutique on Saturday June 9. The designer will be in store from 2pm to meet fans. Guest judge and proprietor of SOHO Boutique Michelle Coulton was duly impressed with his work, as were regular judges Keneea Linton-George, host and executive producer of Mission Catwalk; Novia McDonald-Whyte, associate editor lifestyle and social content at the Jamaica Observer and menswear designer Carlton Brown.

In what may seem a shocking turn of events, Belize’s Rebecca Stirm’s domination of the show has ended with her exit on this episode. The 19 year old, who has never been in the bottom, had won four challenges since the show’s start. Barbadian Kerin Scott was also voted off. This means that the top three designers are Jamaicans Crystal Powell and Gregory Williams along with Chan. They each received an iPad as well as SME kits and business tips from NCB. The top three will show their collections at the National Indoor Sports Centre on Friday June 8 at 7:00 P.M.

Tune in to Television Jamaica next week Tuesday at 8:30 P.M. for the reunion show where all 15 designers will make an appearance. On June 19th guest judge Meiling Esau of Trinidad will join the other judges in announcing the winner of Mission Catwalk season 2, presented by NCB, Supreme Ventures and Digicel. Mission Catwalk can also be viewed on local stations in Barbados, Belize, Grenada, Guyana and Trinidad and Tobago. Viewers around the globe and watch the online stream at televisionjamaica.com/livetv.aspx 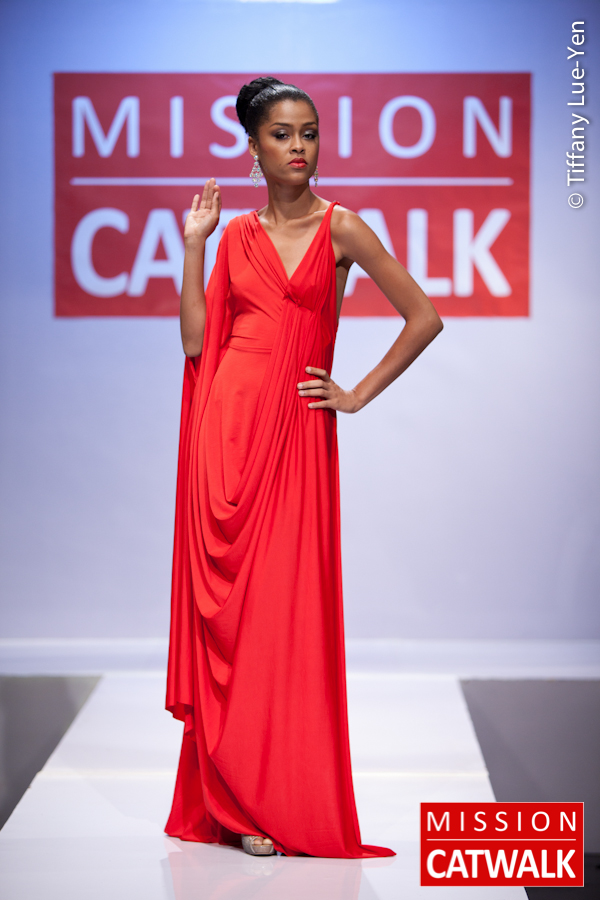