Rihanna says R.I.P to the blonde wig last weekend when she debut a more natural black hairstyle. The fashionista was in Tokyo on the weekend for Battleship premiere, rocking her black hair with a smile.

“It’s so hard to say goodbye,” Rihanna wrote on Twitter. “No more blonde for uuuuu b*tch.”

Hundreds of fans waited at Narita International Airport to get a glimpse of the Pop superstar, who signed autographs and smiled for cameras. Battleship premiere in Japan on April 3.

Rihanna arrived wearing blonde locks but later decides to make a permanent switch. She compliments the look with a Rolling Stones T-shirt and leopard-print pants. 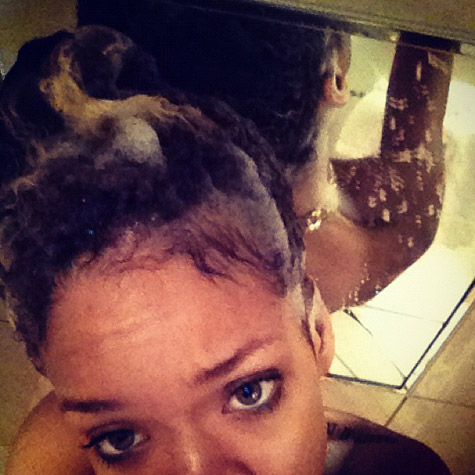 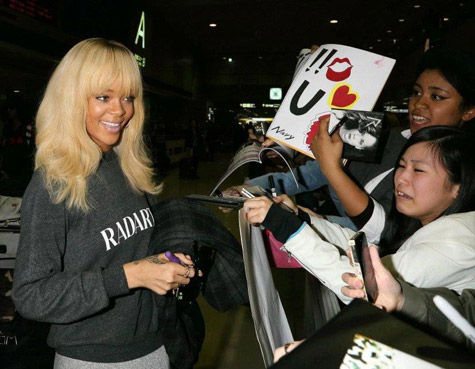 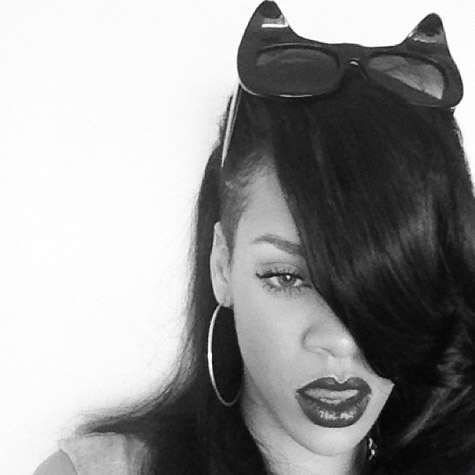