Mariah Carey and husband Nick Cannon released some long awaited photos of their twins Moroccan and Monroe, ahead of their first appearance together on TV as a family on Friday (October 21).

The couple has kept their newborns hidden from the public eyes since they were born in April of this year. The twins will now make their debut as celebrities. 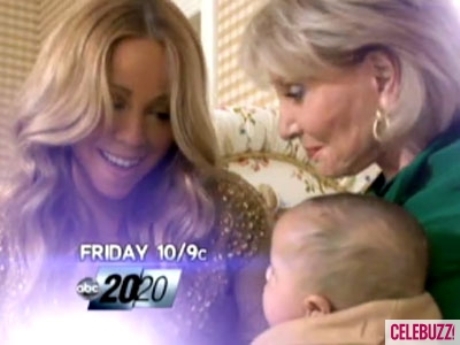 Carey and Cannon sat down with Barbara Walters for an interview in their New York apartment to discuss their married life and parenthood.