Stoudemire, who was last linked to R&B singer Ciara, is rumored to be now dating Jamaican reggae fusion singer Barbee.

The two were spotted on numerous public outings and are not shy to show their affection for each other. The Knicks forward and Barbee were spotted more than once at Mr. Chow’s in New York and also at the recent BET Hip Hop Awards after party in Atlanta.

According to a snitch, who was at the party, the two were airtight and noticeably very affectionate to each other. 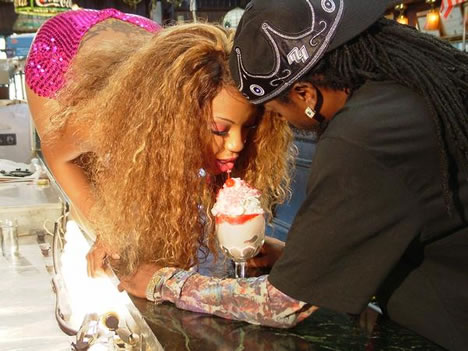 In 2007 Barbee was rumored to be dating dancehall superstar Beenie Man, while he was separated from his wife at the time, D’Angel. That relationship lasted only a few months before Beenie Man reconciled with his now ex-wife.

Do you think Barbee and Amare Stoudemire make a cute couple?