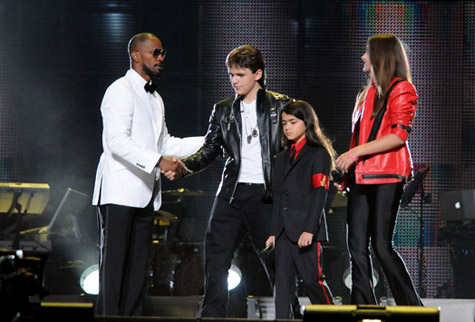 Previously announced performers the Black Eyed Peas and Jennifer Hudson pulled out of the show. “To my uk fans that were coming to the mj show in wales. I will no longer be attentding due to major production issues,” tweeted Hudson. “I would have thought they would have informed you all by now, so since they did not, I am. Thank u for your support.”