Lil Wayne and his lollipop was spotted court side Game 3 of the WNBA championship series between the Minnesota Lynx and Atlanta Dream at Philips Arena in ATL. 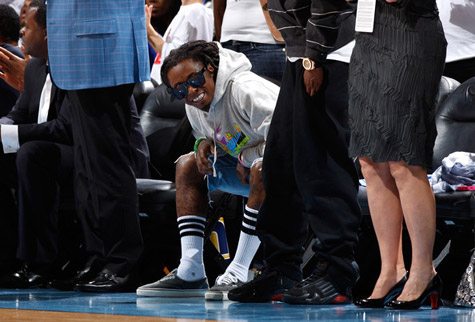 Weezy showed his support for Lynx guard Seimone Augustus by sporting her #33 jersey.

“Way to go Lynx!!! Props to Angel & the Dream for playing so hard! Simone Maya & Bekka ball’d out!! Awesome game & awesome people in atl,” he tweeted after the Lynx’s victory. 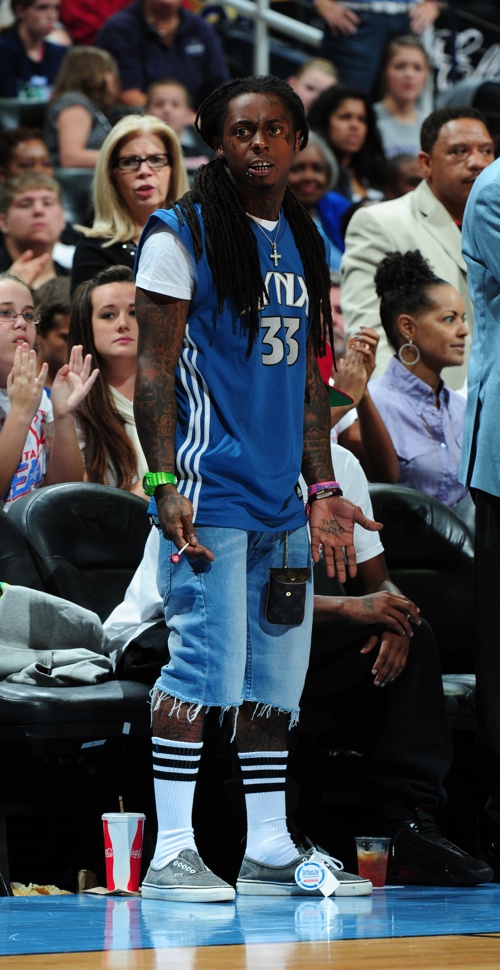