Rihanna massive fan base maybe at ease now that an official image of her was release from the upcoming action film Battleship.

RiRi fans became a bit uneasy after the first official trailer from the film showed almost no sign of the Bajan popstar. But Universals have to at some point appeal to the massive fan base of the Caribbean pop beauty.

Rihanna is the first character to appear in a still image from the $200 million film. RiRi looked a bit confused or puzzled behind a massive machine gun. Battleship is set for release on May 18, 2012. 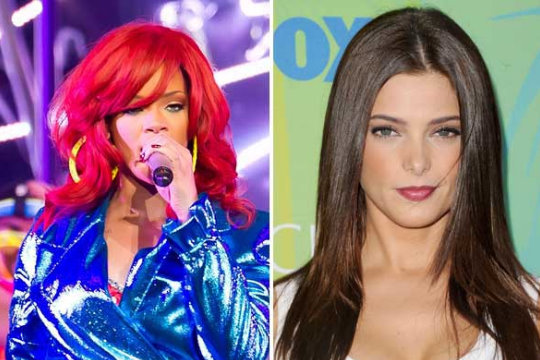 For someone who changes their style and look as often as Rihanna, you would think they forked out some big bucks right? Well if you think so, you are right.

According to reports, Rihanna pays her celebrity stylist Ursula Stephen a whopping US$23,000 per week to style her hair. That is well over US$1 million per year.

Although Rihanna make much more than that per year, it would still be a financial drain to keep that going over a long period of time. So naturally management foot most of the bill according to a statement from a member of the singer’s entourage.

“Rihanna likes to pioneer new styles but it’s costing her a fortune,” said the same member. “She makes several public appearances a week, and the cost soon stacks up.”