As the release date draws near for Kanye West and Jay-Z’s album Wathc The Throne, the duo have announced an upcoming North American tour in the fall under the group name “The Throne.”

The tour kicks off on September 22nd at Detroit, Michigan’s Palace of Auburn Hills, with stops in major cities including New Jersey, Chicago, Illinois and Los Angeles, California, respectively. The venture wraps up at Boston, Massachusetts’ TD Garden on November 3rd.

Fans can buy pre-sale tickets on sale July 28th at 10 a.m. EST. Fans can RSVP to their local gig to get early access to the pre-sale password, while general tickets go on sale on August 8th.

See tour dates and Otis Readings daughter weighing in on the track Otis on next page. 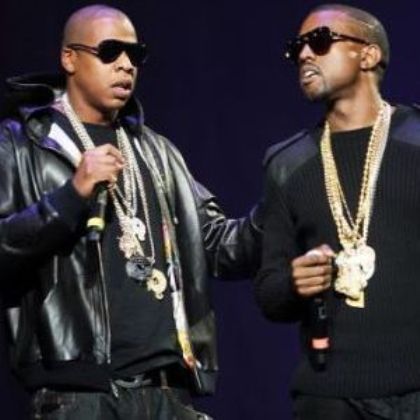 In the meantime Otis Redding’s daughter, Karla Redding-Andrews, is weighing in on Jay and West’s collaboration Otis.

“We first heard about the song in early July, end of June. Concord Music Group has the masters and Bill Belmont and Michele Smith from Concord brought it to us. There was a back and forth about whether the name of the song would be “Otis” or “Otis Redding”. And we just wanted to make sure lyrics and references in the song worked with the legacy of my father. To have two current, legendary artists use the legendary music of Otis Redding-we were quite honored.”

Kanye West and Jay-Z “The Throne” tour dates below