All this money in one place.

Will Smith got a visit from his good friend and business partner Jay-Z on the set of the upcoming film “Men In Black 3.” The two entertainment mogul was photoed sharing a couple jokes on the set.

The chart-topper – real name Shawn Carter – was spotted laughing and joking with the star as they filmed scenes for the blockbuster in New York’s Battery Park.

Jay-Z will be teaming up with Will Smith’s production company Overbrook Entertainment to develop and produce films.

It is rumored that the pair will work together on a revamped version of the Broadway hit “Annie,” with Willow Smith in the title role.

Check out more photos on next page and see “Men In Black 3” next year. 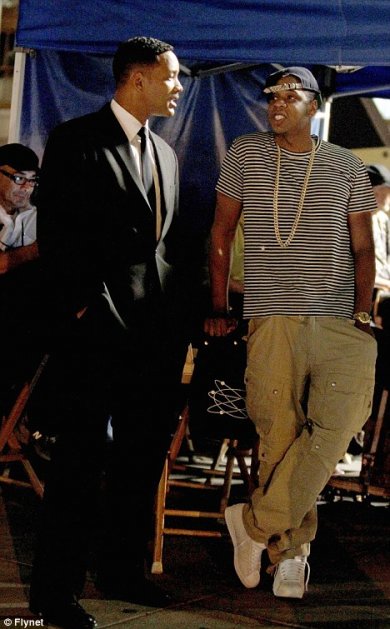 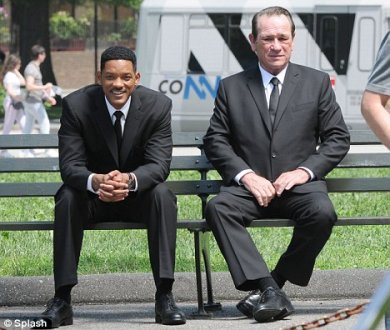 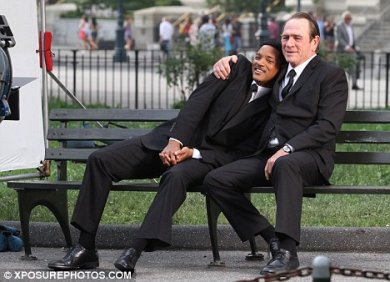 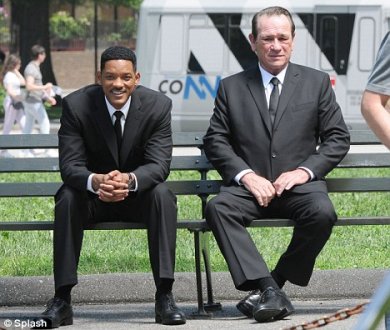