After Lil Wayne was spotted earlier this week parading Miami beach with his new girlfriend, Weezy was spotted again courtside with his new woman at the Miami Heat vs. Chicago Bulls game later in the day. 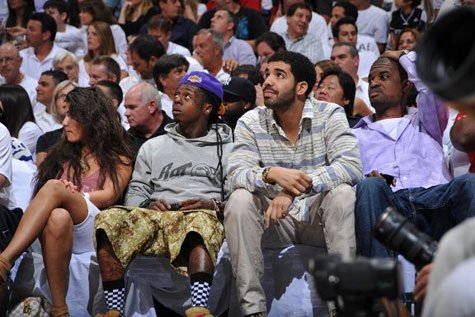 The Young Money boss was accompanied by labelmate Drake. 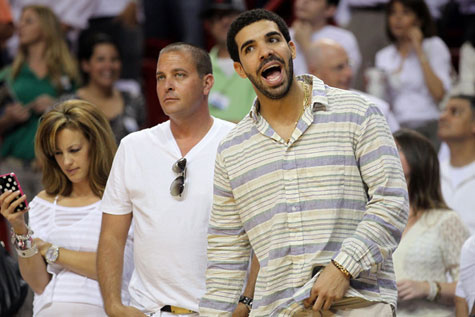