Beyonce took home the top trophy of the night, at the the highly publicized 2011 Billboard Music Awards. After accepting her award, Beyonce reunited backstage with former Destiny’s Child Kelly Rowland and Michelle Williams.

Jay-Z caught up with RiRi and signed an autograph for Travis Barker’s young son, while Weezy and Justin Bieber posed with rock royalty U2. 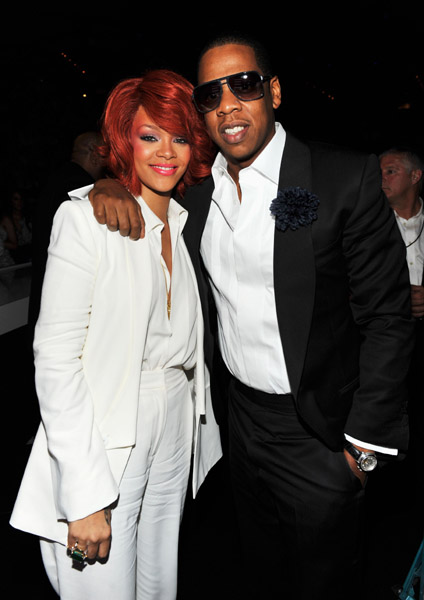 Nicki Minaj was embraced by her Young Money boss Lil Wayne fresh off her performance with Britney Spears, and Rihanna held Bey’s nephew Julez in her arms like a baby as he hammed it up.

Peep some moments that you didn’t see on television in our photo gallery.