While skin bleaching is not new to Jamaica, new reports suggests that skin has reached ‘dangerous proportions’ on the island as well as other sections of the Caribbean.

The report hint the endorsement of bleaching from dancehall star Vybz Kartel as the main reason for the rise in skin bleaching, which is more rampant within the poorer communities.

But cute as Vybz Kartel and other skin bleachers think they are, skin bleaching products can contain dangerous chemicals including hydroquinone, an organic compound that can cause ochronosis, a condition where skin becomes tough and, ironically, dark. 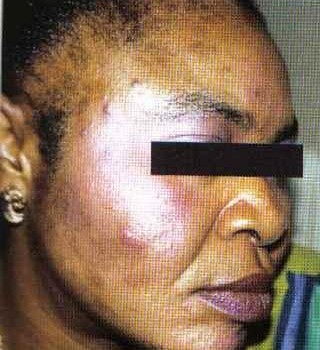 Hydroquinone has been banned in over-the-counter products in the EU, Japan and Australia for fear of health risks.

If that is not enough to deter people from bleaching, then another dangerous ingredient found in many bleaching products is mercury, which is known to be deadly.

Skin bleaching products aren’t well regulated in Jamaica like other parts of the world, which make them easily accessible. The report also indicates that poorer consumers sometimes resorts to household ingredients such as toothpaste, curry powder and cake soap.
The cake soap manufacturer denies claims of the soap affecting the pigmentation of the skin. However, sales of the soap have reached an all time high, according to reports.

Then there is the social side of bleaching, which most bleachers including Vybz Kartel doesn’t seems concerned.

In a recent lecture at the University of the West Indies the dancehall star said that bleaching today is not the same as 20 years ago. He made it clear that he is not a “social, political or religious leader.”

Do you think the Jamaican government should start regulate Skin Bleaching products?

Your thoughts in comments below.