British newspaper The Sun recently caught up with Rihanna’s dad, Ronald Fenty, who had some cherishing memories he shared about the Barbadian popstar.

Ronald spoke of how his daughter, Robyn Fenty, known to the world as Rihanna, descend from humble beginnings to become the biggest popstar in the world. He fondly recalled the first time he heard RiRi sing. 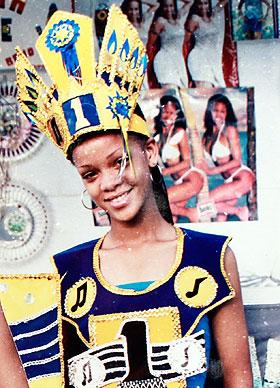 He said: “The first time I heard her sing she was three years old, lying on her bed with a hairbrush for a microphone.

“Then, when she was seven, I heard her singing with our neighbour and I was amazed. She was doing the Aladdin song A Whole New World – it was so pretty I couldn’t believe it.”

“I made sure she went to school and did well. She liked to dance and had natural rhythm but she wasn’t doing all the school productions and stuff. So her success came a bit out of the blue,” he added.

But all was not well in the family, as 57 years old Fenty was once a drug addict. He told The Sun, “I did have a drug problem and Robyn did walk in and see me taking drugs in our house. She was just a little kid and it made her look at me, and other things, differently.

“Around the same time we were walking down the street with the kids and there was a guy sleeping on the sidewalk. Her mother said to Robyn, ‘Your dad is going to end up like that’. 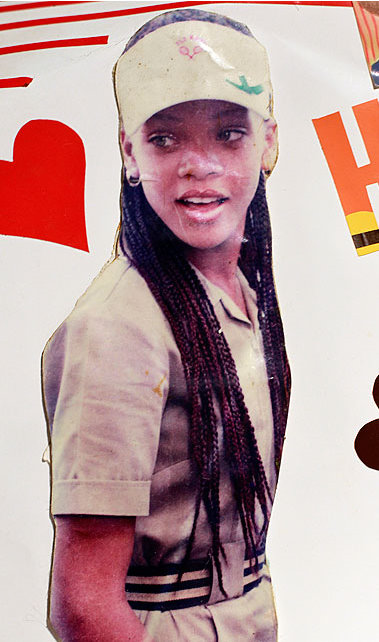 “I did not want my children to see me sleeping on the sidewalk so I started making the changes. I had to give up drugs for my family. I still kind of lost them, I split up with my wife. But I still had to do it for myself and eventually I beat it.”

Fenty also revealed how Rihanna use to make money growing up, which could explain her work ethics as a recording artist.

He revealed: “She used to sell stuff on the side of the street like I did. She’d come outside of the store and put up a rack and sell hats and belts and scarves.

“She would also buy sweets, put them in packages and take them to school to sell to her friends for a profit.”

On the matter of Chris Brown Fenty said, “It was really tough seeing the pictures of her beaten up.”

“But I have forgiven him. He has lost so much from one stupid mistake. So me making him feel even worse makes no sense. I feel sorry for him now.”

Rihanna rise to fame began as a teenager at just 15. She won a school talent pageant then was introduced to American producer Evan Rogers, who was on vacation in Barbados. He land her a deal with hip hop mogul Jay-Z and the rest as you know it is history.