According to reports, Bob died of cancer at the age of 36, but not so said his grand daughter Donisha Prendergast.

Prendergast, who is a documentary film-maker, has claimed that the real cause of Marley’s death was deliberate poisoning. This has sparked some controversy surrounding the topic, with some individuals calling on her to retract her statement. 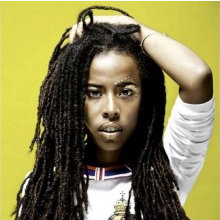 In speaking to the UK base The Voice Prendergast, who was in England filming a documentary on Rastafari said she don’t buy the story that Marley died of natural causes.

“Somebody killed him. Look at history, it shows us what they do to our leaders. He was a healthy man who exercised regularly. I would love to believe that he died of natural causes, but history won’t allow me to. I believe he was poisoned.”

Since the controversial comments, the cause of death for the late reggae King Bob Marley has been the hot topic being discussed.

Do you think Bob Marley was poisoned or died of natural causes?