Nicki Minaj recently got a booty tap by Regis Philbin during an appearance on his talk show, but when she went to see George Lopez, she made sure to protect her famous asset.

The Young Money emcee sat down with the late night talk show host and talked a number of topics including signing boobs, her start with Young Money and the different characters she brings to her music.

When the topic changed to her “magical posterior” Lopez played back a clip of Regis Philbin smacking her on the leg and Rihanna grabbing her behind after her Hot 97 concert.

Lopez then gave the rapper a barbed wire “booty protector” to help keep hands off her backside before she broke into a performance of “Moment For Life.”

Minaj gave her fans a heads up on Twitter as she wrote: “Tonite on George Lopez I reveal a new alter ego! Ha! #itspinkfridayhoe”

Peep video clip of Nicki Minaj on Lopez Tonight below

Nicki’s Pink Friday album is currently at number 2 on the US Billboard charts. 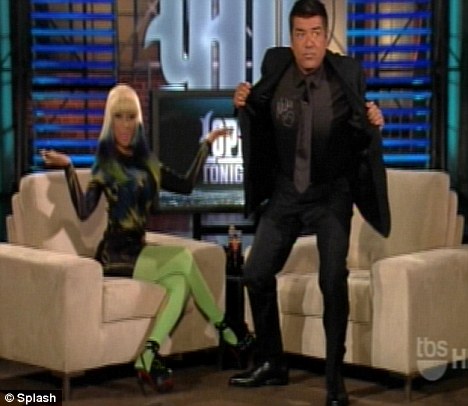