Some people may not agree, Lil Kim being one of them, but Rollin Stone mag crowned Nicki Minaj the new reigning queen of hip hop.

In the new spread featuring the Young Money Princess, Nicki opens up about her success in the industry and why being famous wasn’t her agenda behind making it in Hip-Hop. 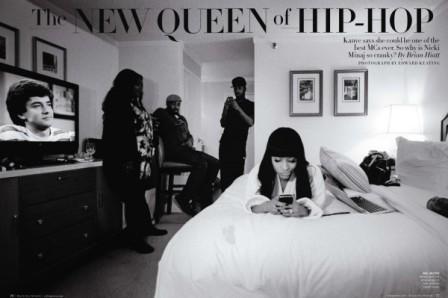 In addition to discussing her past, Nicki Minaj also discusses her sexuality. After claiming to be an openly gay woman who thought “boys were icky”; Nicki is now changing her tune stating that she loves the wood.

“I think women are sexy,” Nicki continued. “But I am not going to lie and say that I date girls.”

The first week album sales projections are in and it seems Kanye West might inch out Nicki Minaj for the top spot. But billboard is in for a week of hip hop domination. According to Hits Daily Double Kanye’s Beautiful Dark Twisted Fantasy is on pace to go gold in the first week. 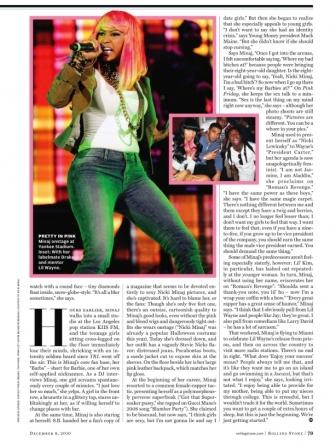