Rap legend Dr. Dre says after his upcoming LP Detox there will be no more.

As fans eagerly awaiting the release of Detox, Dr. Dre states that after the long awaited album hits stores; he will no longer be making music as an emcee.

In an interview with XXL Mag, Dr. Dre states that after being in the game for more than 30-years, he’s ready to slow down.

“As far as me going into the mic booth, that s**t is over,” Dr. Dre said in the interview. “I’m always going to talent scout and try to find new artists to work with. But, yeah, that’s it. I don’t see myself doing it the way I’m doing it now.”

In addition to talking about hanging up the l begendary mic, Dr. Dre also discussed the issue that delayed the release of Detox for so long.

“The only part that has been pushing me back is just the fact that I’m getting older, and certain things to talk about,” Dr. Dre continued. “I can incorporate other artists, new artists with this record [Detox], to say some of the things I won’t say. It’s been a little tussle in that area also, just because of age and being able to identify with the younger audience.”

Do you think its time Dre hangs up the mic? comments below. 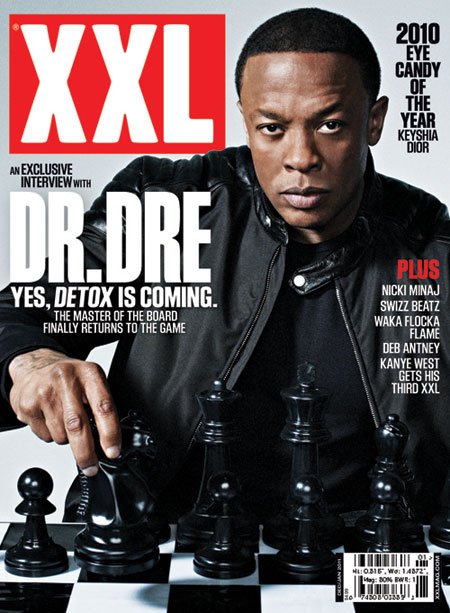