According to the Afro-Caribbean association for the struggle against all forms of racism, homophobia and aids in France, are that deejay Vybz Kartel has signed the Reggae Compassionate Act which calls for the artiste to halt all anti-homophobic lyrics or statements.

Kartel who recently completed a successful tour of Europe, allegedly signed the deal with the gay rights group to stop them from pressuring promoters to cancel his shows in some sections of Europe.

Representatives from the group said they will be watching the Portmore Empire artist if he will deny signing the deal and continue preaching anti-gay lyrics.

The below image is the evidence the group put forward to show that Vybz Kartel himself signed the deal. In both signatures of Vybz Kartel and Adidja Palmer.

Do you think the evidence is authentic?.. comment below 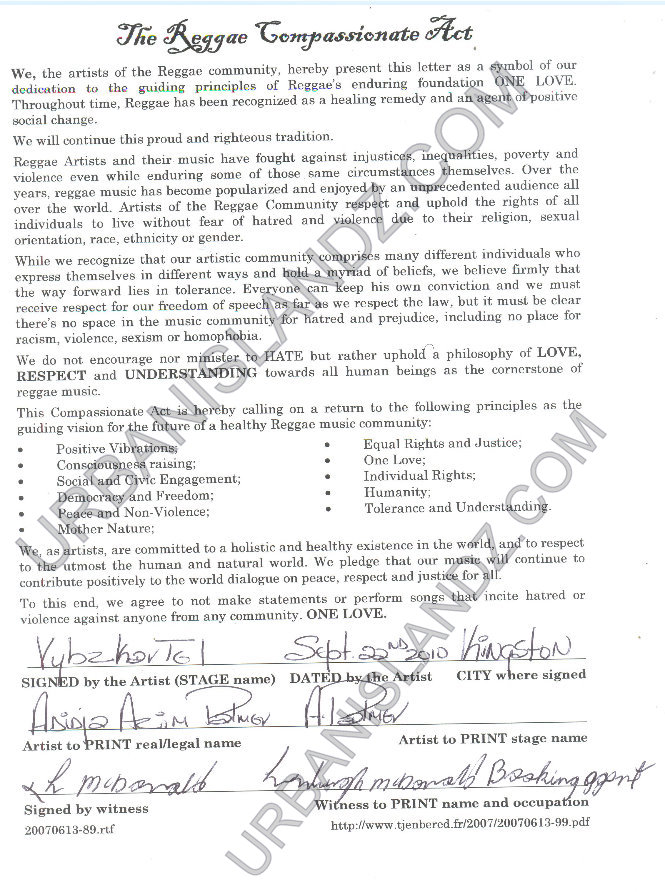