Clarks shoe have always being part of the Jamaican fashion culture, several artists in the past made mention to their love of the shoe in songs, but no one take the brand higher than dancehall deejay Vybz Kartel. Since Kartel released his song titled “Clarks” sale of the shoe reached record level, resulting in doubling of prices and theft.

The deejay first shoe-themed single, “Clarks” featured his favourite styles on its cover – the Wallabees, Desert Boots and Desert Treks and included the line “Everybody haffi ask weh mi get mi Clarks”.

Demand for the shoe have since surpass supply and the song reach more than a million views on Youtube. This prompt Kartel to release “Clarks Again” and “Clarks 3” to voice his love for the brand.

Describing the shoe-maker, Kartel said: “It’s as Jamaican as ackee and saltfish and roast breadfruit.

Kartel says he is not receiving any money from Clarks for promoting their products so publicly.

Gemma Merchant, the Senior Account Manager for Clarks Originals, “Musicians seem to be naturally drawn to our brand, perhaps because we have an authentic heritage story and our classic styles are exactly that; timeless classics, the appeal of Clarks Originals spans genres, cultures and trends.

The brand Clarks was founded in England nearly 2 centuries ago. Despite being a classic, Clarks almost came to an abrupt end in 1996 after getting into financial troubles. But after some big name celebrities started wearing Clarks around that time, the brand made a bounce back on the scene. Now thanks to Kartel, Clarks is seeing a boast in sales. 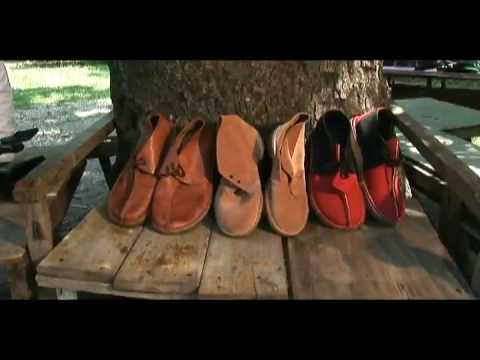