Mariah The Scientist is being dragged by Twitter users who shade her about a recent tweet about being dumped unexpectedly.

A recent tweet by the singer seemed to rub her followers the wrong way as they called her out for supposedly messing up YSL rapper Young Thug‘s relationship with his ex-fiancée, Jerrika Karlae.

Mariah The Scientist was mocked for her tweet, which some of her followers felt was hinting at a possible love triangle with her, Young Thug, and Jerrika Karlae.

“Imagine fronting on someone who showed u love from the start for someone more popular or more… ‘aesthetically pleasing,'” she wrote on Twitter.

Her followers were quick to bring up Young Thug and Karlae. “You explaining your whole situation.. karlae vs you? lmaooo yeah n*****s lame and lost. we been knew,” one person commented. “This tweet giving note to you,” another said. 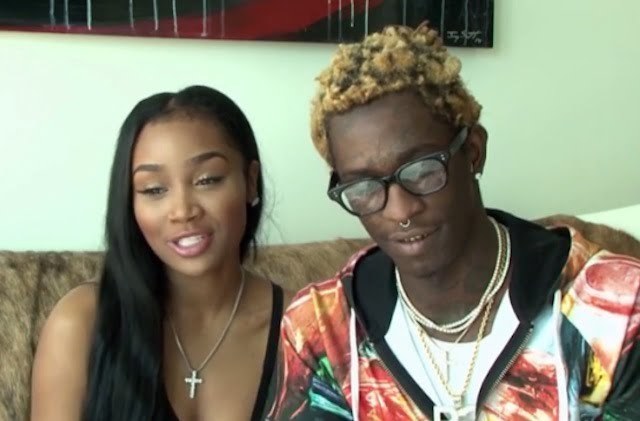 Mariah also responded to a commenter who directly called her out. “Young thug left karlae to be with you so you’re basically subbing yourself????” the commenter said.

Mariah also had a sharp response for the commenter. “What do y’all be talking about?? When I met thug I was less popular than his ex… She always been attractive/ aesthetically pleasing. Why u trying to equating moving on to fronting on somebody? Sick in the head…” she wrote.

Mariah and the incarcerated rapper were first linked back in September 2021, but it seems that the YSL boss was not exactly single, as fans felt that he was still dating his fiancée Jerrika Karlae when Mariah popped up.

Young Thug and Jerrika Karlae had been engaged since 2015, but Thug was spotted with Mariah The Scientist several times getting cozy at the end of 2021 and up to the time he was arrested in May.

Karlae also wrote that she missed Thug in January, raising eyebrows and sparking rumors that the pair had split.

When Thug was incarcerated, it seems that the rapper maintained contact with his Karlae, who offered an update on his condition in June.

Despite that, Young Thug and Mariah seemed to confirm their relationship in August. She shared a video of her room decorated with rose petals and heart-shaped balloons with the words: “Mrs. Sold Out Dates.”

“Couldn’t ask for better,” she captioned the photo. She also shared a pic of her bed which read, “See U Soon Love Jeffery,” in rose petals.

Jerrika Karlae has never addressed the end of her relationship with Young Thug, but it seems she had some word for Mariah.

“Her whole “Sale’ Pitch to him has been her having more motion, her own money, and her being the better option… girl you went on a whole rant about how you iced him out for Xmas and it’s sucks for me cause I’m dependent… please stop acting like this shoe don’t fit…and leave me out of this thanks,” she wrote in an Instagram comment reacting to Mariah’s tweets.

Mariah also responded to Jerrika’s comment writing, “I’m gone speak on this one time since I guess everybody been waiting on it. 1,000 girls right now hoping I’m referencing them every time I tweet. Seems like y’all feeling like the shoe fit. Especially you, because the world pressures u into thinking that l’m talking about u Jerrika. I been nothing but nice to this girl, it’s facts and she know it. We have communicated. I respect the history of their lengthy relationship. And I also respect mine. I’m focused on my future, and Jeff’s,” she wrote.