Former friends turn foes, Popcaan and Versi, are airing each other out on the Gram.

Portland artiste/producer, Versi (formerly known as Versatile) is not retracting his claims that he played a crucial part in building Popcaan‘s career and Unruly Empire, despite the fiery clap-back from the “Levels” deejay.

The two men, on Tuesday, shared a heated exchange on social media that has lured the attention of the public, a reaction many believe was the aim of Versi.

The producer/ singer took to Instagram to promote his newest track, “Nah Steam,” while providing a back story of his work on the entertainment scene for fans and followers.

Notably, the post received a slew of fire emojis from the likes of Romeich Major, Beenie Man, Cham, and I-Octane. But standing out was Popcaan’s impertinent comment, “Bwoy guh s**k out yuh muma!”

HALF A UNRULY ANTHEM LYRICS A MINE ENUH #1realmarkus @quadawellbad @jafrassmusic CAN TALK THE TRUTH IF DEM HONEST!!!”

A frustrated Popcaan soon after took to his Instagram story to air out his feelings, with a screenshot of Versi’s original post.

“Pu**y all mi a avoid unu, these mangoose still a try follow me up!!” he started his rant. “How you fi build unruly if you can’t build yuh own B*mbocl**t self,” he said.

Popcaan, born Andre Sutherland, argued that Versi, who has been on the entertainment scene for several years despite his slow movement up the ladder, had a platform before him and had not utilized it. He further accused the producer of being envious of his success, urging him to “make good music” if he wanted to reap similar rewards.

But, in another post, Versi doubled down on his claims, noting that Popcaan sounds “bitter” in his response.

The dancehall artiste/producer claimed that he wrote half of the 2017 hit single “Unruly Anthem” featuring Quada and Jafrass.

Popcaan is yet to respond to Versi’s latest clap back and claims. While many fans and social media users have sided with the Unruly Boss, others have shared that they believe the producer deserves his flowers if he did contribute to the development of Popcaan’s Unruly empire. 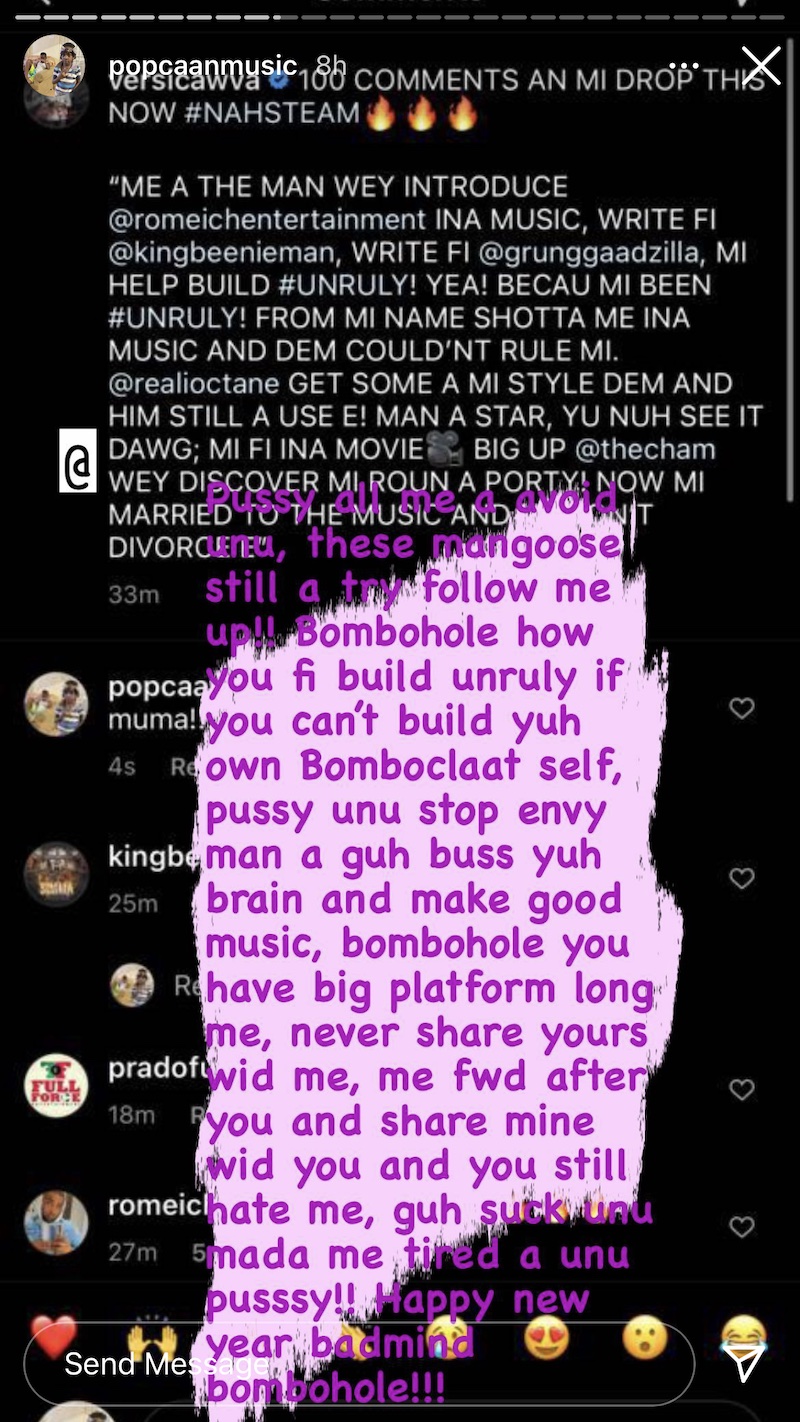 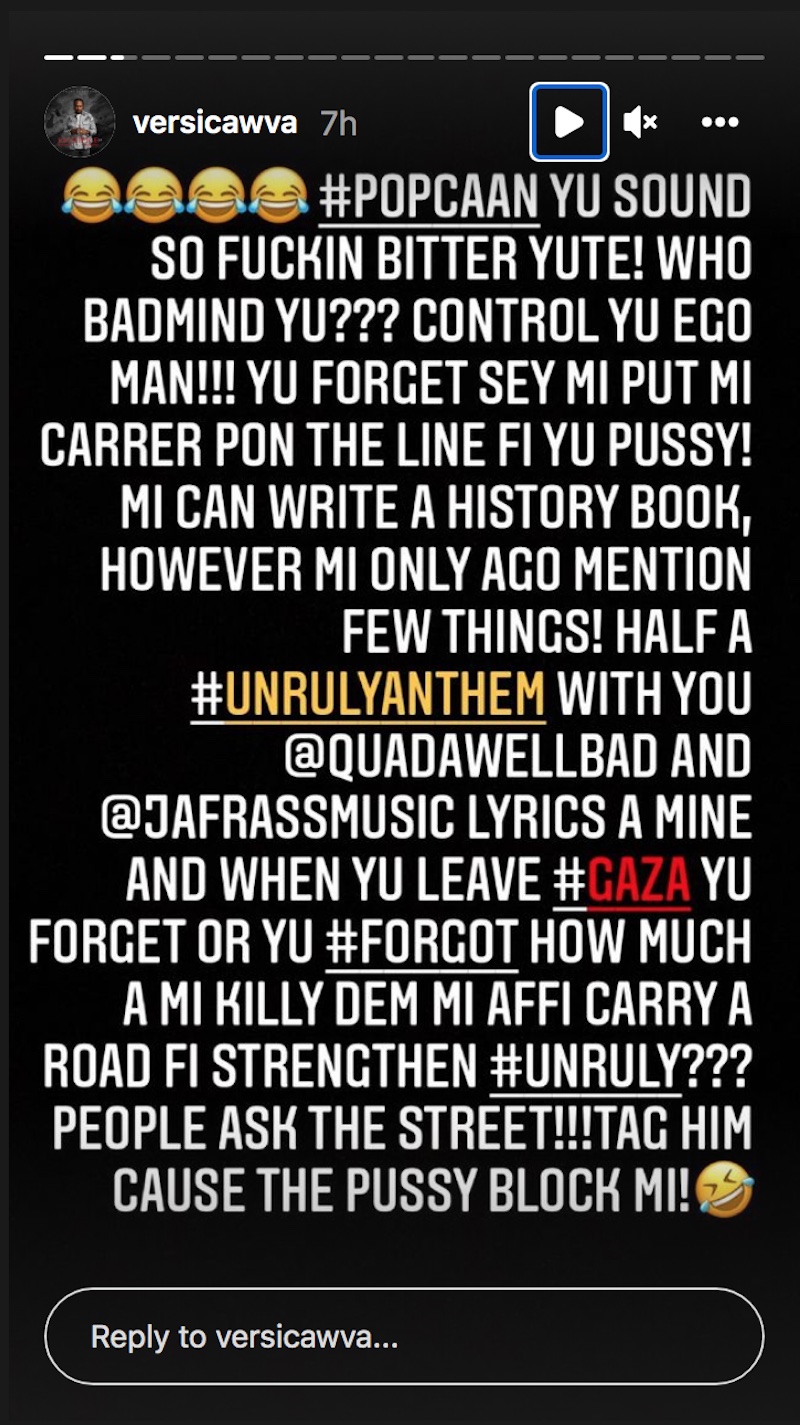