Any song that would have Bounty Killer alongside Busy Signal is sure to get music fans excited, but when you then throw in Vybz Kartel into the mix, it becomes a musical triple threat of epic proportions that may cause an auditory sensory overload! Dancehall aficionados will therefore be feasting well come Friday, December 10th, when Bounty Killer releases “Dats Gadzilla” on all major streaming platforms.

As Bounty Killer termed it on his Instagram page, the music will be “clinically sick” as fans will get to “greet di zillas” with ‘BusyZilla” and ‘AddiZilla’ referring to Reanno Gordon, more popularly known as Busy Signal and Adidja Palmer, also known as Vybz Kartel. As the senior statesman and former mentor to both entertainers, Bounty Killer takes the title ‘DaddiZilla’ and has seemed to broker peace or at least a musical truce between the two artists who previously had beef with each other.

In the past, music critics have compared both Vybz Kartel’s and Busy’s careers and achievements using crossover credibility, chart-topping songs, album sales, collaborations, and live shows as a means of determining side by side which one came out ahead or who was the better artiste.

In 2018 Urban Islandz reported that the “Can’t Believe Me Eyes” entertainer, when quizzed about who he would consider the complete package out of the original Alliance crew of Movado, Busy and Vybz, gave the nod to Busy Signal over Vybz Kartel. “No bias or disrespect but skilfully and successfully it’s Busy Signal. He sold platinum with Major Lazer, toured the most even when he couldn’t go to America. He had more alum sales, mastered recording and live performances. Vybz is the baddest but Busy is the best because he can fit on any platform,” Bounty stated. 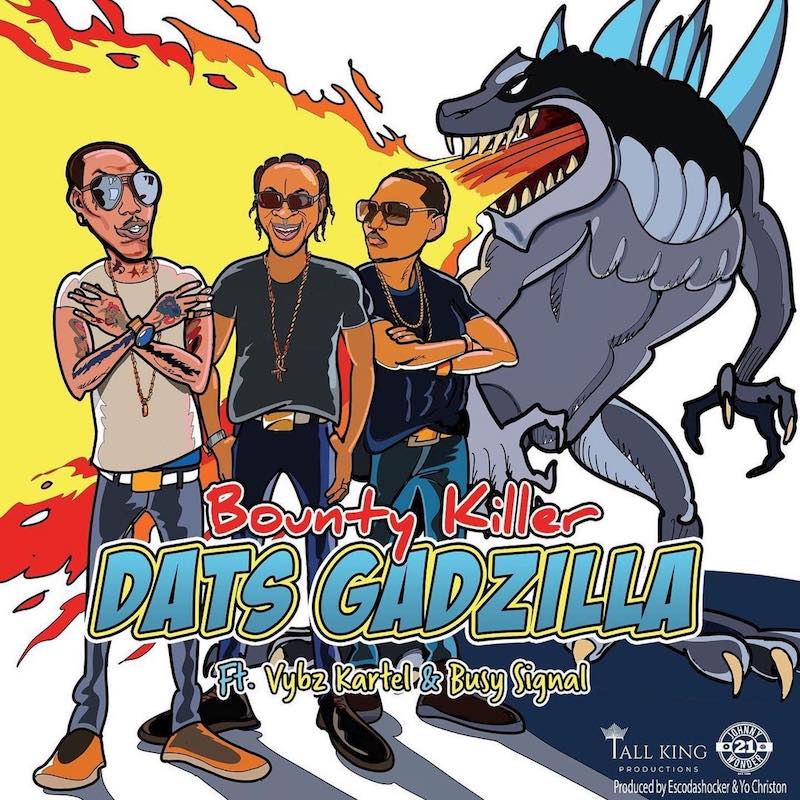 This could not have gone down well with Kartel and his loyal fans as the ‘Worl Boss’ may not have been able to tour, but his reach internationally is phenomenal considering what he has been able to do from his island home. Additionally, Vybz Kartel has the most fans, and though incarcerated a whole decade, he continues to have new music on rotation, dropping over fifty new songs in 2016 alone. His hit song “Fever” was certified Gold in June 2020.

It is no longer a competition, but a collaboration and meeting of the musical minds as the two men are both prolific songwriters and exceptional lyricists. Their styles are out-of-the-box, fresh and distinct, which accounts for their mass appeal as they are not dependent on a popular rhythm to produce a hit song.

“Dats Gadzilla,” which is produced by Escodashocker, Yo Christon, and Johnny Wonder, also marks the first musical partnership between the former alliance members, Kartel and Busy. Fans are ecstatic at the announcement and cohesive vibe that the news has generated. One Instagram fan chimed, “It’s fanzilla supportingzilla, worldzilla all the way,” while another asked, “Wah happened to Vado-zilla?”

Bounty’s cartoon cover depiction of the trio with a light-skinned ‘teacher’ on the left and the ‘Turf God’ in full black on the right with himself in the middle demonstrates that his prodigal sons have found their way home and the pie is big enough for all three to share. The huge and formidable fire-breathing dragon in the background is a testament to the concept that they intended to simply burn or annihilate anyone in their way.

The song will be featured on Bounty Killer’s upcoming album, King Of Kingston, due sometimes soon.