Davianah, daughter of reggae icon Tony Rebel, clears the air on a video she shared on Instagram over the weekend.

Despite the distressing post made by Davianah yesterday, October 10, the young singer is doing fine. Many fans were worried about her mental health after she posted a video in which blood was noticed on her t-shirt. What really stoked fears was a part of her caption, as the obviously distressed Davianiah said, “ready to go” which many interpreted to be a suicide attempt.

Even more worrying is that the floor in the shot that she recorded also had some blood on it.

The post has since been deleted, and according to her publicist, Claude Mills, who spoke with the STAR, the songstress is doing fine. He did say, though, that she was injured due to a domestic incident. Other reports indicated that she suffered cuts, bruises, and a broken nose during a vicious domestic incident.

The now-deleted post read, “I’m just sick of being abused, mentally and physically, I’m tired. I have to be brave and strong and positive all the time & I’m just tired. Am just here for people to use and abuse because if that’s my role in life, I definitely don’t want it anymore. I had enough and am just ready to go now. I’m ready!!!”

Her publicist says her message was not a suicide attempt and that it was also not part of any sort of public relations for a new project. He added that she did have intentions of reporting the incident to the police. 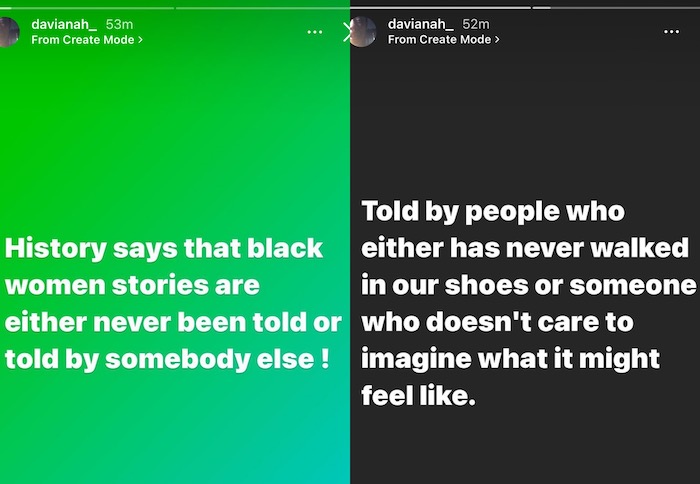 The “Fed Up” singer has seemingly endured years of physical and mental abuse, according to her past statements. She’s alleged previously that her father, veteran singer Tony Rebel, physically abused her and has also had a public falling out with his wife, Queen Ifrica.

In January 2019, she took to Instagram to blast both Rebel and Queen Ifrica for not supporting her career.

“The reason why i can bun out nuff ppl inna d rasta community is bcuz the two biggest hypocrites i have ever come across are both Rastafarians and they are my father and Queen Ifrica. I keep my mouth shut and i smile when i’m asked about them bcuz thats what ur supposed to do,” she posted at that time.

She added: “Its called loyalty even tho they both discourage and degrade me every chance they get. I normally would be so discouraged by the things they do i would run away and try to stay away but i always wanted a career and they always made me feel like a career in music without them was simply impossible.”

While many believed that her injuries may have stemmed from some sort of familial argument, the STAR contacted her father, who said he had no idea about the incident and disclosed that he does not even know where she lives at present. He added that she was 29-years-old and was living with a “har man,” and to the best of his knowledge, she was okay.

“Mi nuh waan do nuh interview bout har because mi nuh know weh fi tell yuh. Yuh haffi find her and find out. Please call her,” he continued. As her personal struggles continue, the artist is set to release a five-track Bad One EP under her label in the near future.

She also returned to Instagram this morning to advocate for young women to walk away from abusive situations.

“No form of abuse is acceptable. I want every woman and every little girl out there to know that their lives, their bodies, their minds have value. Never let anyone tell you different. Never let your abuser convince you otherwise,” she started saying.

Her fans immediately offered her words of comfort as they called on her to take the time she needed to heal before returning to the limelight.