The Union of European Football Associations-UEFA has banned the Bob Marley inspired Ajax Football Club jersey, which featured three little birds at the base of the collar. The feature was added to the club’s jersey as an ode to Bob Marley‘s song, “Three Little Birds.” The song was adopted by club fans over a decade ago and has become the unofficial team anthem.

Fans were ecstatic when players first wore the “Three Little Birds” kit three days ago as they went up against PEC Zwolle. They subsequently won 2-0. Sadly, the joy was quickly extinguished as the logo that made the kit unique was deemed by the UEFA to be against regulation. Ajax added a statement to their website explaining that the UEFA only allows club logo and/or sponsor logo to be included on kits, which meant the three little birds didn’t meet regulations and had to go. 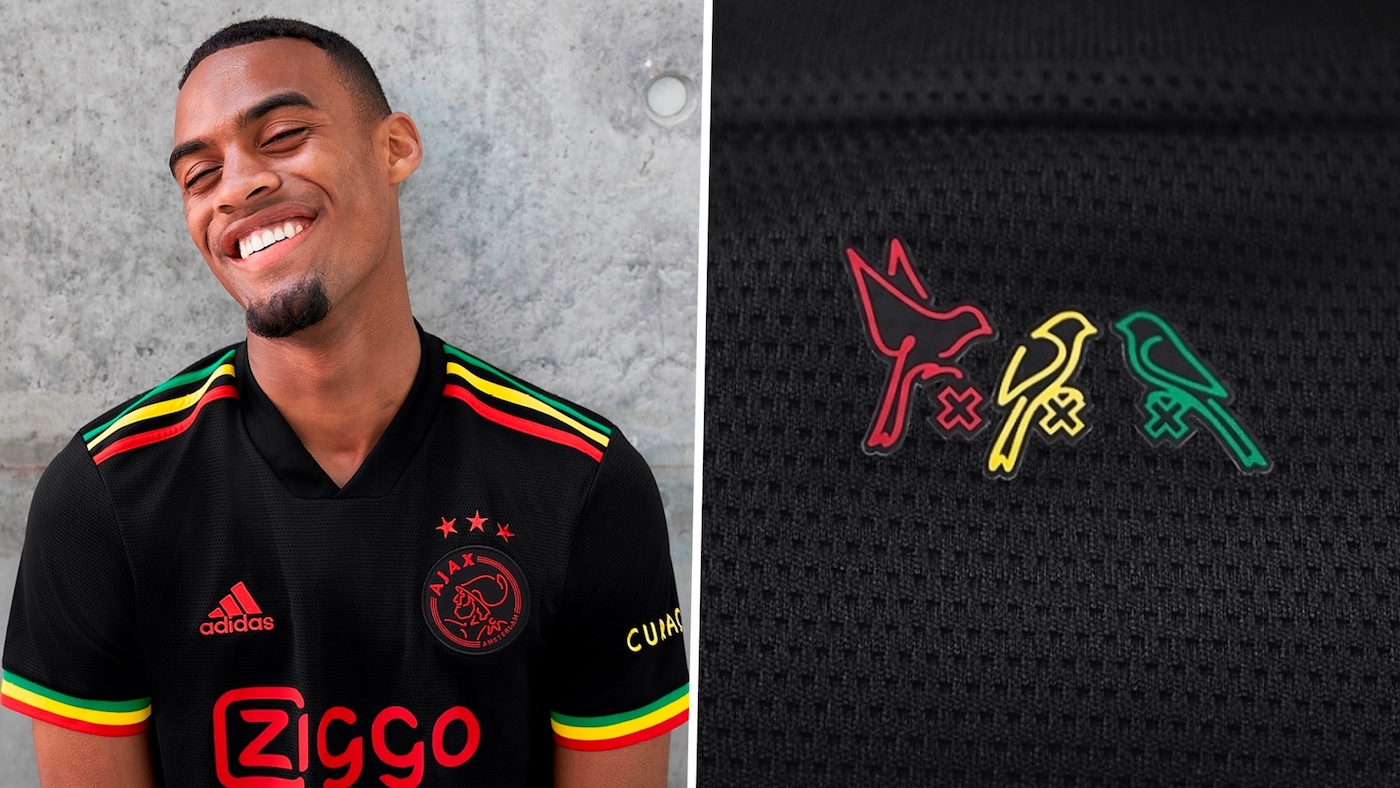 The change was spotted by sharp-eyed fans who noticed that the three little birds at the base of the collar were missing. This means fans may no longer be able to get jerseys with the unique green, red, and yellow birds, making those already in circulation a deeply sought-after collectible.

This version of the team’s kit was very popular among fans as they clamored to get their hands on the new kit crashing the team’s website when it was first released on August 20. The team’s commercial director Menno Geelen described the kit as one of the club’s most popular, selling out many more times over when compared to other kits. He added that they were ramping up to meet demand, “We had already responded to the interest by purchasing much more than ever….A record number of shirts were sold in one day. It’s unique.”

The new kit was completed through a collaboration with the Marley family, Ajax Amsterdam, and Adidas and was primarily black with red, green, and yellow strips, which is similar to the Rastafarian/Ethiopian flag.

Rise up this mornin’, smile with the rising sun.

Introducing our new 21/22 third jersey, inspired by our collective love for @BobMarley and his Three Little Birds. pic.twitter.com/YiPUS7AR19