A giant seven-foot-high statue of reggae legend Bob Marley has been unveiled on Jamaica Street in Liverpool in honor of the life and contributions of the artist.

The status was part of the annual celebrations of the Positive Vibration Festival of Reggae over the weekend and was created by sculpture Andy Edwards.

According to the organizers of the ceremonial event Levi Tafari of Liverpool’s Urban Griot, the statue was in honor of” Bob Marley’s legacy and his impact on millions of people around the world as a symbol of peace and love.”

“Immortality isn’t about living forever, but about leaving a legacy that will live forever and Bob Marley through his music and work has truly immortalised him and the statue is an example of that,” Tafari noted to attendees at the event. 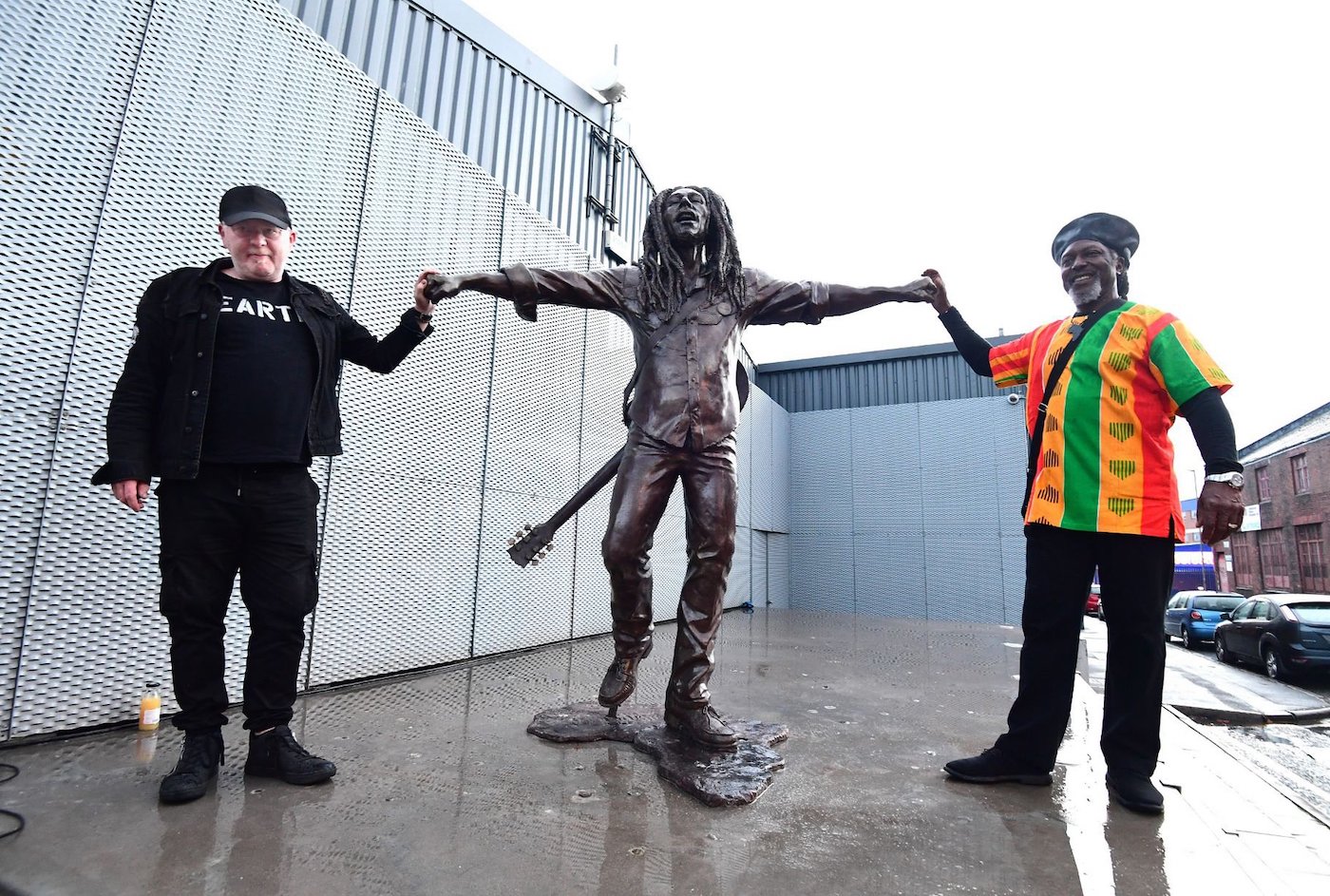 Meanwhile, the event organizer, Rory Taylor, noted that the choice to honor Bob Marley came because of his wide influence.

“Importantly Bob is a cultural icon, he is known and adored by everybody, around the world, young and old. He is a symbol of peace, a symbol of love and unity, which I think is really important, particularly now, because the world seems to be very nasty at the moment”.

Bob Marley was born and raised in Nine Miles, St. Ann, Jamaica. He would go on to become one of the icons of Reggae music and a unifier of people against systems of corruption and oppression.

His influence across the world was noted, but particularly he was loved and respected by the people in Liverpool, England, said Taylor. 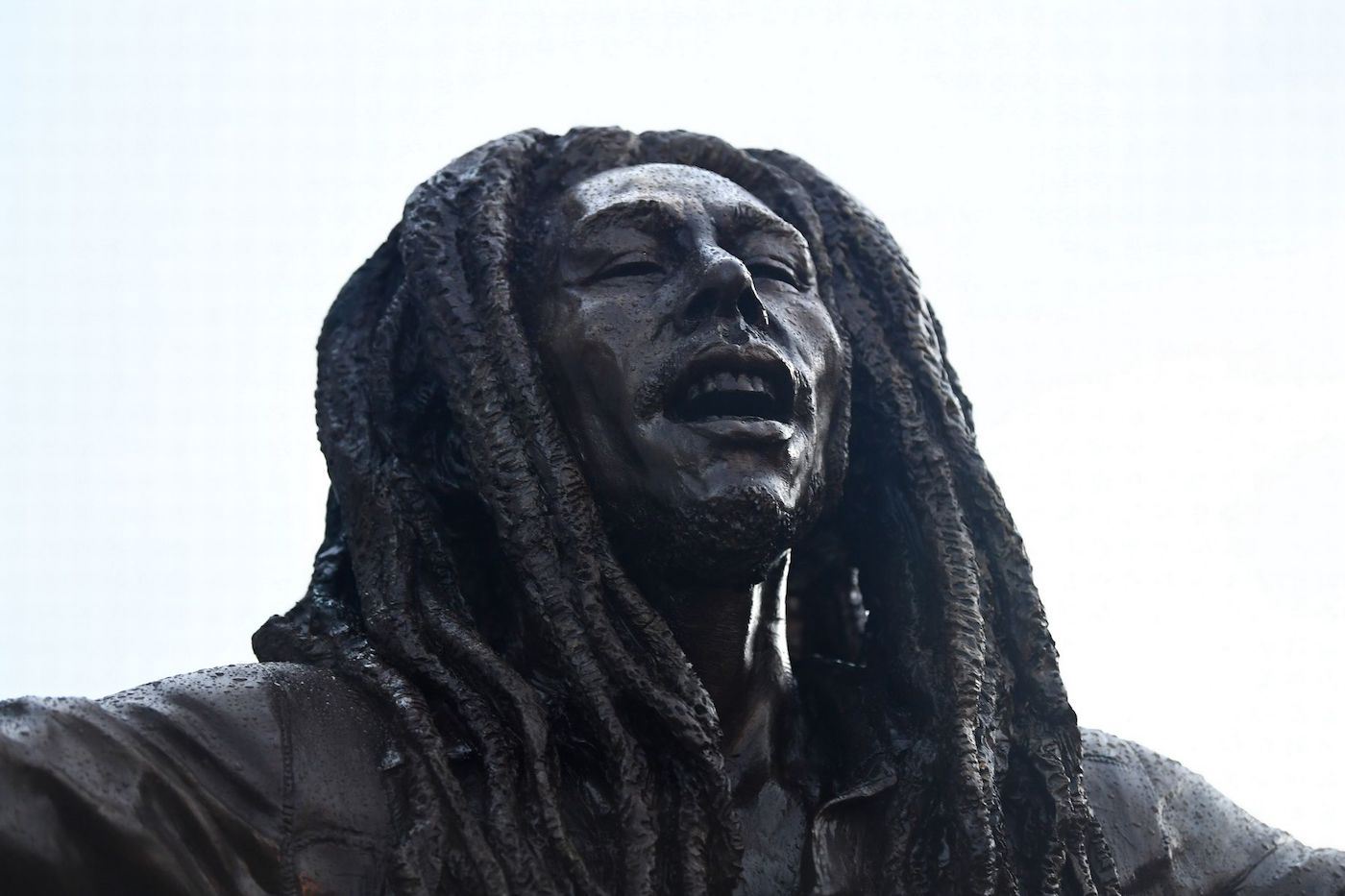 “For those people who say why Bob in Liverpool, why not anybody else, well Bob had such a massive impact on people in the city. You don’t have to be from the city to have an impact. He had more of an impact on the city than people from the city. So there are the main reasons why a Bob Marley statue and not Dolly Parton,” he added.

Meanwhile, Tafari reminisced on the impact Marley had on him.

“Bob Marley had such a huge impact on my life. When I saw him in 1976, in Belle Vue Manchester, it was a life changing experience because it gave me focus and direction, pride, spiritual and cultural empowerment in who I am”.

The Positive Vibration Festival of Reggae is an annual event in the Baltic Triangle during the second weekend in September. The event will feature performances from General Levy, Congo Natty, Gentleman’s Dub Club, and other reggae acts at the Art of the Reggae Exhibition. 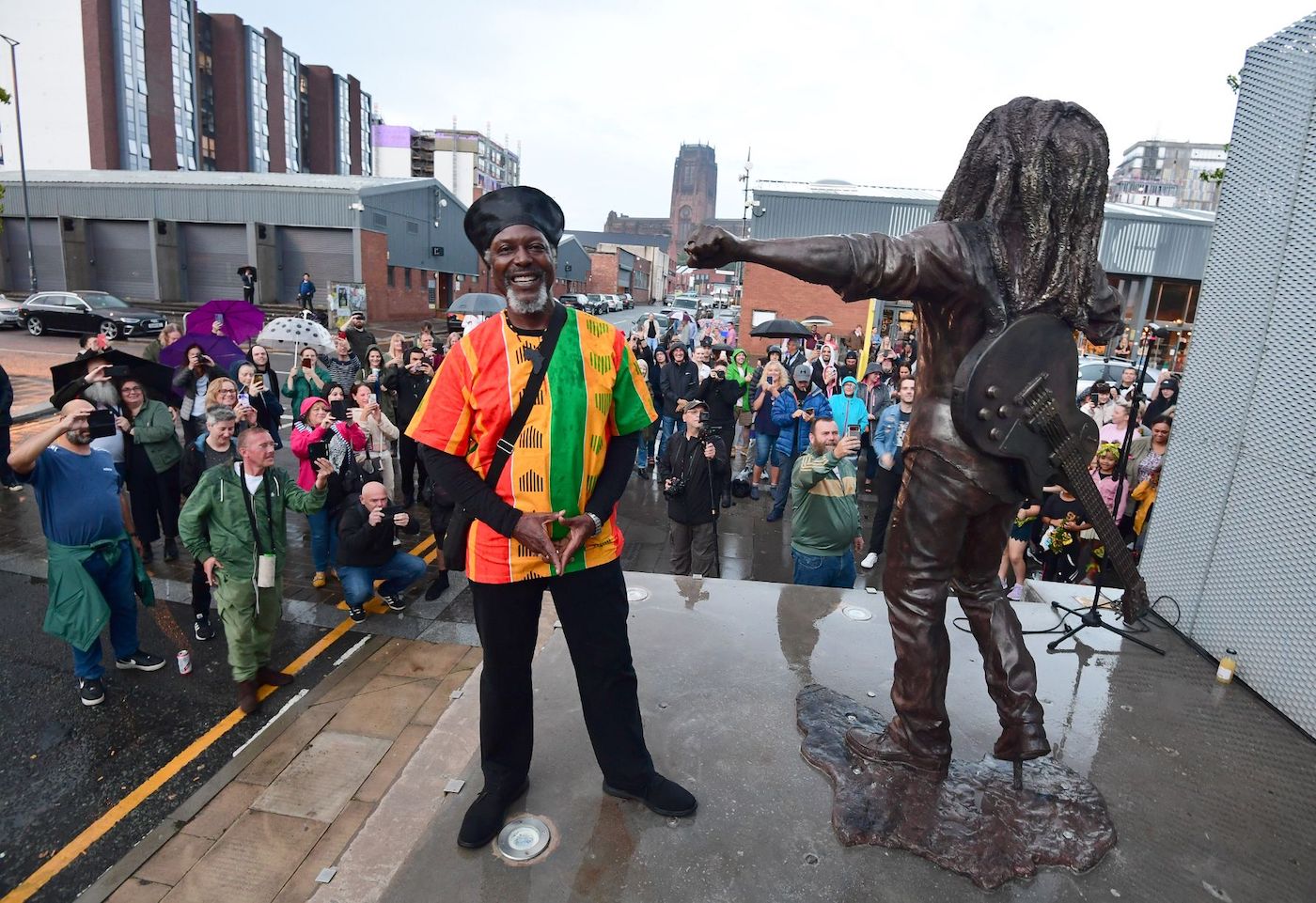