Kanye West meant what he said when he declared war against Drake.

The G.O.O.D. Music chief has now raised the stakes of his beef against his frenemy by leaking Drake‘s address. Of course it didn’t take long for Drizzy to respond by sharing a video of himself laughing while riding in the back of his Mercedes-Benz Maybach with the top down.

It’s safe to say that the 6 God is either unbothered by his address now becoming public information or it’s not his real address. Either way, it’s clear that Kanye West is playing dirty and meant it when he said “You will never recover. I promise you.”

The leaked address is where Drake’s $100 million Toronto property is located. Perhaps Drizzy isn’t too worried since all of Toronto already know where his mansion is located. 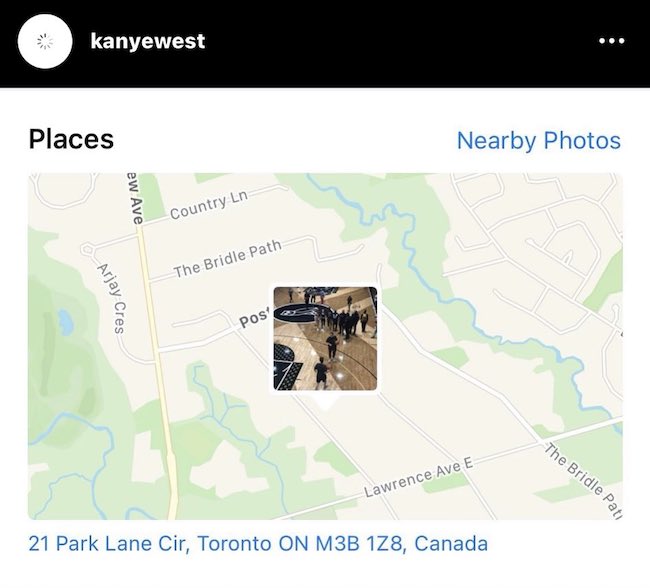 The OVO rapper reignited his beef with Kanye West last weekend when Trippie Redd dropped “Betrayal” with some fiery bars from Drake. “All these fools I’m beefin’ that I barely know / Forty-five, forty-four (Burned out), let it go / Ye ain’t changin’ sh*t for me, it’s set in stone,” he raps on the track.

Kanye West took those lines personally and immediately issued a response on Instagram. “I live for this,” he said in DM he shared with 8 other people, all of whom are unknown except for Pusha T, who he added to the group chat the same day.

Drake later revealed that he told Kanye West about his son some weeks prior. He also revealed that he recorded a diss track but ultimately decided not to release it because of the damages it could’ve done.

Over the years, both sides have been dropping subliminal shots in songs but nothing to this elevation. Perhaps it’s because they both have albums coming out and this would be a marketing strategy for both, although Drizzy has never had to use beefs to sell records.

Drake gon have Kanye posting shit like this in a few days pic.twitter.com/pkBJXdir6K

Kanye out of pocket for posting Drake’s address. Idc if his address is public. What’s the intention there? A threat?

Drake gon check his security cameras and see Kanye in his front yard like pic.twitter.com/8pkQM4cWrO

Drake looking at his ring doorbell after Kanye posted his address pic.twitter.com/aZ5Cwn8z2P