Elaine Thompson-Herah credits Shenseea’s song “Run Run” for inspiring her to run faster and win the 200 meter Gold Medal at the Tokyo Olympics.

At 7:50 AM CST on August 3rd, 2021, the female 200m race took place where none other than Jamaica’s own Elaine Thompson-Herah secured her second Olympic gold medal. The gold medalist attributed her incredible feat to Shenseea’s latest hit, “Run Run.” She explained that the song was what she had been replaying in her head as she triumphantly continued over the finish line.

Immediately following the race, the sprint queen spoke with reporters where she credited dancehall princess Shenseea’s new song “Run Run” for helping her win. “I was out there, and I heard Shenseea song in my head just run run run and I just keep on running until I reached to the line,” Elaine Thompson-Herah said.

“Run Run,” which premiered on YouTube on July 16th, has now amassed a whopping 3.7 million views. The track has been a hot topic plagued with controversy. The artiste received heavy backlash as many proclaimed that the graphics were satanic imagery. One prominent scene is her being lowered into hell, which resulted in sheer outrage from fans. 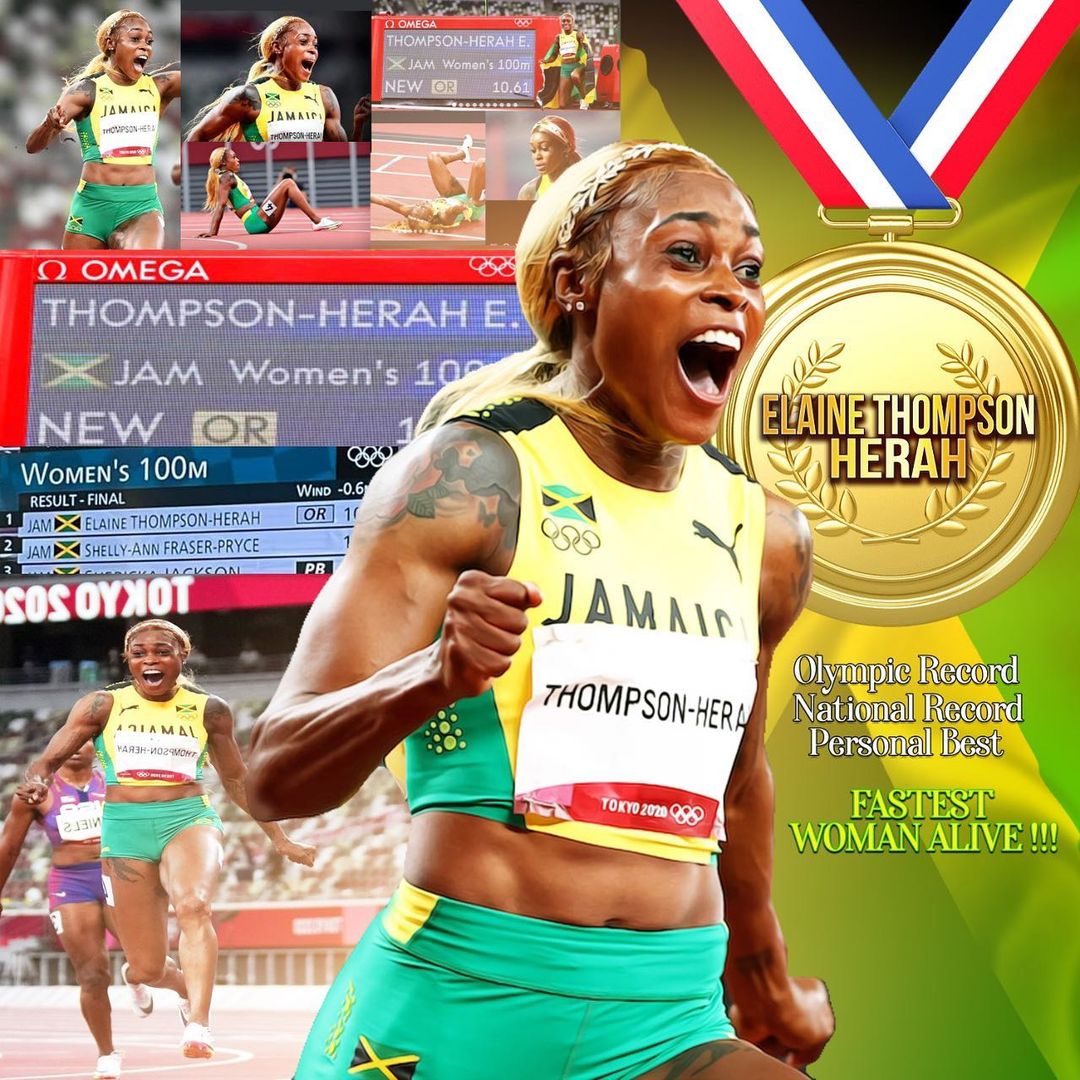 Some went as far as to suggest that this was her full initiation into the “illuminati” and that “demons” had taken her over. This was also due to the horned helmet she wore and the snakes featured in the video. One fan took to Instagram, stating, “@shenseea this is how you thank God for bringing you so far smh.”

Shenseea clapped back at all those spewing hatred towards the track as she took to Twitter. “I am not offended by persons who don’t like the song or the video for Run Run We all got opinions! However, to those who love it, we share the SAME sentiments! I am INLOVE!” she wrote.

Shenseea is now having the last laugh as her song just got a huge promotion on the world stage and also inspired the most amazing female athlete on the planet to win Gold.

“@fastelaine This is such a hysterical moment and I’m happy to be a part of what motivates you! i watched the full interview, I love to see our Jamaican women so WELL SPOKEN!!! Y’all KNEW this would be my favourite part though CONGRATS man #RunRunRun was just what you did! PROUD!” Shenseea wrote.

Nonetheless, despite the reviews and differences in opinion, the track has now inspired Elaine to achieve greatness by setting a new Olympic record and personal best times while taking home two gold medals in the sprint double. Amidst the joy, Romeich, Shenseea’s co-manager, quickly took to IG to boast on the moment.

Romeich reshared a clip of the interview on his page and captioned it, “Big up @fastelaine for winning her races and getting that double gold medal!!!! Also she said @shenseea song made her Run run run big runner,Big artist, big country #oneteamonedream.”

The joy all around and celebration over the victory certainly has not allowed any further controversy regarding the song to be highlighted as fans stuck to congratulating Elaine on her win. This very controversial song was just what she needed to motivate her to an Olympic gold medal.